What effect is the coronavirus crisis having on UK music consumption? 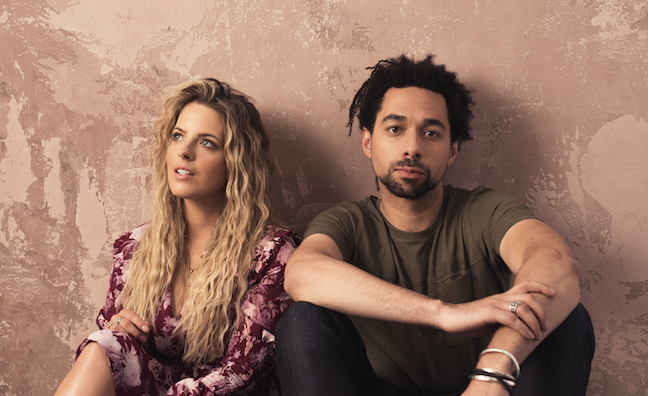 In these unprecedented times, every corner of the music business is getting to grips with a new normal.

And, while the live sector has been hardest hit, last week also saw the retail sector dealing with unprecedented challenges, as shopping footfall plunged and social distancing began.

This week’s Coronavirus Crisis special issue of Music Week, available now, shines a light on retailers’ responses, but now we also have a full week’s sales data to analyse and observe for the effect the crisis is having on consumer behavior.

You can expect things to change significantly as the weeks of social distancing go by, but it’s already clear that physical sales are going to take a big hit. Last night, Prime Minister Boris Johnson announced that all non-essential shops would have to close, adding to already-announced shutdowns by the likes of HMV. Supermarkets will remain open but, even there, space for entertainment is being squeezed by unprecedented demand for groceries.

Week 12 sales figures from the Official Charts Company show that, even without most of those developments, physical sales of artist albums dropped 12.2% week-on-week, to 261,272. Physical compilation sales were down 8.1% to just 60,954, while, overall, sales of all albums (including digital downloads) were down 10.9% to 394,050.

That’s perhaps a smaller drop that some might have anticipated. And, indeed, the biggest-selling physical album of the week, The Shires’ Good Years (BMG) moved 9,793 copies of its total 12,011 sales on physical formats, with just 3.87% of ‘sales’ from streaming.

Of the Top 10 albums, five (Lewis Capaldi, Lil Uzi Vert, Billie Eilish, Harry Styles and Stormzy) had more than 50% of their week’s total sales via streaming, while the No.1 album, Niall Horan’s Heartbreak Weather, and four others – The Shires (pictured), Circa Waves, Matt Monro, Paul Heaton & Jacqui Abbott – all had fewer than 50% streams, indicating that physical sales remained a key component when it comes to reaching the album chart’s top tier.

Labels will be watching closely to see if that changes in the coming weeks as older consumers may finally make the shift to streaming services. But, in the first instance, it does not seem that the move to remote working for much of the population has led to a surge in music streaming just yet.

In the singles market, audio streams edged up 0.5% week-on-week, while video streams rose 0.2%, for a total increase of 0.3%. But, in the albums sector, consumption of Streaming Equivalent Albums actually fell 6.2% week-on-week, to 1,265,809 units.

It’s too early to say if that means the crisis will lead to reduced music consumption across the board and, even in the coming weeks, other likely factors such as a reduced release schedule will also have an impact.

But, nonetheless, streaming took a 76.3% share of the albums format last week, up a whole percentage point on the previous week.

If nothing else, that share is likely to grow significantly if the shutdown continues. Watch this space…

* To read Music Week’s full report on how music retail is dealing with the coronavirus crisis, see the new edition of Music Week, available now, or click here. To make sure you can access Music Week wherever you are, subscribe to our digital issue by clicking here.