How ArrDee and Island scored the biggest breakthrough of 2022 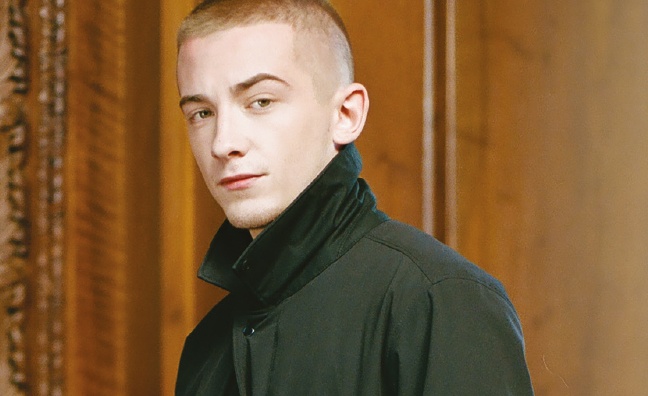 Amid all the year-end data for recorded music, the figures for debut artists are a key indicator for the progress of labels' latest priority acts.

In terms of UK talent, Music Week can confirm that the year's biggest breakthrough release was ArrDee's debut mixtape Pier Pressure, according to analysis of Official Charts Company sales data.

In our Music Week Interview last year, Island president Louis Bloom highlighted the success of ArrDee as the biggest breakthrough star of 2022 in the UK based on albums and singles consumption. The year-end figures now confirm ArrDee's achievement with Pier Pressure, as well as five Top 50 singles entries. In addition to a Top 10 appearance in 2022 for long-running hit Flowers (Say My Name), Aitch collaboration War made No.6 (224,860 sales).

"ArrDee is a real breakthrough. With him, the stats just speak for themselves. I can sit here and look at the fact that we have over a billion [total] streams, over 94,000 album sales for Pier Pressure, his debut mixtape, plus the hit singles run and [WME agent] Craig D’Souza’s live strategy, which saw him absolutely smash Reading & Leeds, among others. He is just a bona fide UK breakthrough, really.

“It’s honestly incredible to me to see an artist achieve so much in such a short space of time. It’s unprecedented in my career.

“I was first aware of him early in 2021, when he dropped his debut freestyle Cheeky Bars on Mixtape Madness and it absolutely exploded. I think Cheeky Bars is what put him on Island’s radar, the label signed him after that and I then joined in March 2021. ArrDee dropped another freestyle, 6am In Brighton, and shortly afterwards, Tion Wayne and Russ Millions approached him to feature on the remix of their single Body. It went to No.1 and that was really an incredible moment for ArrDee, coming off the back of a couple of freestyles and then being propelled in that way. ArrDee and our A&Rs Sam Adebayo and Alex Sparks then got to work on his [debut Island] single Oliver Twist. It was a good showcase for the cheeky persona that I think has endeared him to his audience.

“Then, going into this year, Sam and Alex, our head of marketing Hannah Colson, audience manager Lewis Lister and the whole team worked not only on strategy, but also helping him shape how he talks to his audience and create reactive plans around the music he makes. That’s the art of what the team have done.

“ArrDee has absolutely hit the zeitgeist of where things are at musically within the UK rap scene and what’s happening on TikTok. He has a different perspective [from his peers] and that’s important to the audience. Historically, the UK’s rap scene has been largely centred around our big cities, London, Birmingham, Manchester and so on. ArrDee, being from Brighton, has a fresh take. He has the cheeky edge, but he can also weave in more serious themes. He’s only 20 and young people his age have spent a lot of time in lockdown, so the exhilarating energy he has, his delivery and his particular perspective all combined into a unique proposition to make him into a breakthrough artist this year. In 2022, young people needed the kind of release his music provides. 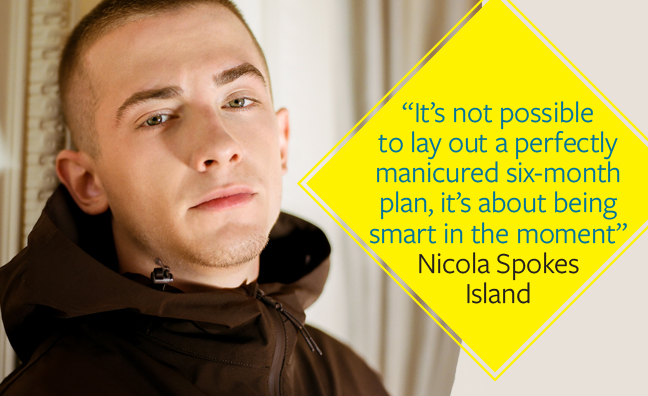 “In terms of social media, ArrDee has been incredibly smart and intuitive across all platforms. For us, it’s about daily dialogue with him and his team. You have to be so quick and reactive with socials. I don’t think that it’s impossible to lay out a perfectly manicured strategy or a six-month plan. It’s about being super-smart in the moment, offering advice and guidance.

“Across the board, the biggest challenge for the team and for ArrDee himself has been the pace of his ascent. He has incredible energy and I absolutely salute him for that. At Island, the pace and dynamism of our campaigns is what we all get up for. We come in every day thinking about what we have to react to next.

“We always have a strategy, but you have to know when to pivot and the ArrDee campaign has been very much about that. We have a whole lot of experience within hip-hop and UK rap and the team brought that knowledge to this campaign, we really have a crack squad around him. You have to have the vision for who he is as an artist, what he represents, who he stands for and the audiences he is speaking to. That’s at the core of what we’re doing at the label.

“You also have to stay incredibly close as a team. We’re constantly talking, not just patting ourselves on the back for what success we’ve had, but looking for opportunities, looking for problems and how we work our way around them. It takes an army to build a breakthrough success these days.

“People say the industry doesn’t have breakthroughs, so when you have one like ArrDee, that is testament to him but also to those around him. Sometimes people think about labels as taking creative control, but it’s the opposite. We’re here to wrap around the artists, become their little army, to help them build what they want to build.

“I’m so excited to hear what ArrDee has to say in 2023. I think he has a really important part to play in UK culture. He has a voice that needs to be heard.”