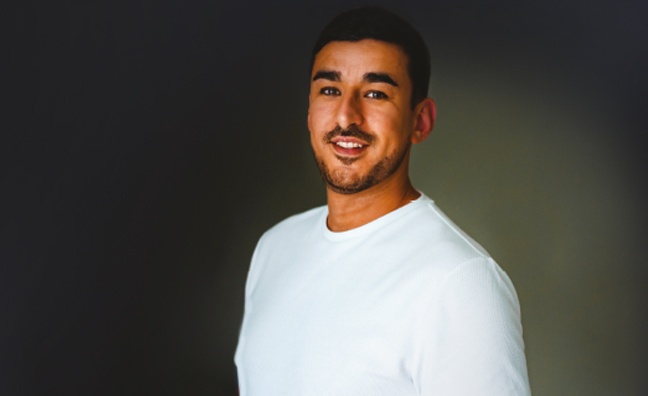 It’s just over six months since Craig D’Souza made the big move from Primary Talent International to become partner, worldwide music at WME.

D’Souza won in the Live Music Agent category at the 2020 Music Week Awards for his work with acts during 2019. He is nominated again this year alongside his boss at WME, Lucy Dickins.

In our Music Week interview, Lucy Dickins, co-head of worldwide music, spoke about how recruiting D’Souza was crucial for her plans at the agency.

“Craig pretty much dominated the UK rap scene,” she said. “And so I started talking to him and was delighted when he agreed to come over and bring his roster. He’s been an incredible team member, and he’s great at signing [acts], there’s probably one a week at the moment. Dave is the big one, as well as D-Block Europe, he’s doing a very good job.”

Dave has just completed a sold-out UK arena tour, which was booked by Craig D’Souza. Here, the super-agent for some of the biggest British rap stars opens up about his incredible roster…

How are you enjoying life at WME?

“I absolutely love it. After only a few months, I feel very at home. The resources, knowledge and expertise available to my clients and I are mind-blowing. Being able to brainstorm with an artist, come up with an idea and then connect instantly with a colleague who specialises in that field, whether it be brand partnerships, gaming, non-scripted or scripted TV, acting or NFTs is a huge asset for my roster of artists and their managers. I’ve never been one to buy into the narrative of, ‘It’s never been done before, therefore it can’t be done,’ or, ‘You have to do it this way, because that’s how it’s always been done.’ Who says what we can or can’t do? With the group of people we have, there is no limit to what we’re able to achieve.”

How do you think WME in London is evolving under the leadership of Lucy Dickins?

“Lucy is a true leader in every sense of the word. She’s relatable, she’s honest and as straightforward as they come, attributes that she is widely respected for throughout the office. She has created and continues to nurture a positive, inclusive and fun culture, not just within WME London but globally. We’ve all bought into Lucy’s aspirations and goals for the music department. I feel like we are creating something incredibly special in London and I am very honoured to be a part of it.”

Can WME become a leader in terms of UK rap now you’re on board? What are the plans for the roster?

“In my opinion we already are one of the leaders, we now represent many of the UK’s top rap artists. That said, be sure there’s no complacency. Our focus is on continuing to progress and grow the careers of our existing roster, alongside signing new clients, and we have no plans of slowing down.”

Dave is a unique artist, his work ethic and creativity are unrivalled

What has been key to the growth of D-Block Europe’s live business and how far can they go?

“That’s a very simple one, the key has been the group – Young Adz and LB plus their manager Wesley [Earl Banton]. They have remained resilient, consistently true to themselves, their genre and their vision, even with a noticeable lack of support from certain parts of the music industry. They have created a cult fanbase that grows with every project they release. During the pandemic, they were selling out arenas including The O2. There are no limits to how far they can go, but I feel it’s time the wider industry fully embraces them as one of our country’s biggest success stories, and they are given the respect, acknowledgement and the awards they deserve. We should be proud that they are one of our own and support them.”

What are your ambitions for Dave as a global touring act?

“My ambitions for Dave are for him to be the best, most successful touring and artistic version of himself. Along with his managers Jack [Foster] and Benny [Scarrs], our focus always has been and will continue to be about carving out his own lane. Dave is a unique artist; he’ll go as big and as far as he chooses to, his work ethic and creativity are unrivalled. He has been announced as a Reading & Leeds headliner for 2022, which comes off the back of headlining Manchester’s Parklife Festival in September 2021 – both are huge accomplishments for him and ones he’s proven himself to be very ready for.”

Joy Crookes has made an impact with her debut – what are the plans for her in 2022?

“Joy’s album has made a huge impact and it is a masterpiece. Selling out her UK tour including two dates at the Forum in Kentish Town [4,600 tickets] five weeks before it was released is a huge accomplishment. There’s a sold-out EU tour to come, plus a global run of festivals including Splendour In The Grass in Australia. All of this didn’t happen overnight for Joy. Alongside her manager, Charlie [Owen], she has hustled and worked very hard for a considerable amount of time to get to this point and there’s still a lot to come. I am very excited for her.”

How did you help your acts to maintain income without live opportunities during Covid?

“Overall, we steered away from the offers of paid livestreamed events, we just didn’t feel they appealed to or would resonate with their audiences. Instead, we focused on branding opportunities, and I encouraged my roster to use the time to focus on making new music, so they were prepared and ready to go into release and touring mode once we were able to.”

Finally, you got to see the ITV special An Audience With Adele in November - how was the live experience of her new songs?

“Adele is considered the biggest artist in the world for so many reasons. Seeing her perform in a venue the size of London’s Palladium was incredible. I sung my ass off throughout and, much to my relief, I made next to zero air time on ITV!”

Subscribers can click here to read the interview with Lucy Dickins.