Dave's Starlight is the first UK No.1 by a sole writer and producer in eight years 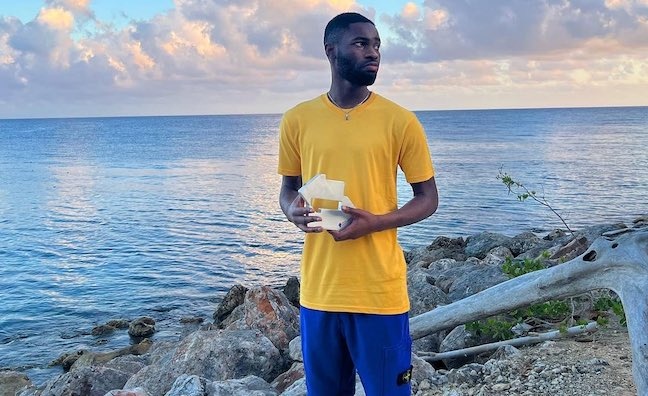 Dave has debuted at No.1 with his new single Starlight (Dave Neighbourhood).

The UK rap star dropped the new single during his UK arena tour, and it’s had an immediate effect on the chart.

Starlight landed at No.1 with 62,805 chart sales (almost all from 7.7 million streams apart from 425 downloads) - the biggest weekly sale so far in 2022. It is also the first song to debut at the summit so far this year.

Encanto smash We Don’t Talk About Bruno had its chart sales from streams halved under chart rules (ACR) following three weeks of decline, which resulted in it falling from No.1 to No.9 (21,399 sales) after seven weeks at the summit. But even without ACR penalising the Encanto song, Dave would still have been No.1.

As revealed in Alan Jones’ charts analysis, Dave’s track was entirely written by him, making it the first of the 36 No.1 singles of the 2020s to be entirely written and performed by one person. The last before it was 2019’s streaming smash Dance Monkey, written and performed by Tones & I. Starlight features a sample from a recording of Fly Me To The Moon.

Dave was also the sole producer of Starlight, so he becomes the first artist to single-handedly write and produce a No.1 since 2014 when Calvin Harris achieved the same feat with Summer. Dave is signed to Warner Chappell for publishing.

Dave now has 28 hit singles, with Starlight his second No.1 following 2018’s Funky Friday featuring Fredo. Funky Friday is his biggest hit, with consumption to-date of 1,330,611, according to the Official Charts Company.

Screwface Capital, which was released as part of Dave’s debut album Psychodrama three years ago, has reached a new peak of No.70 (6,741 sales), as it continued to feature on TikTok videos.