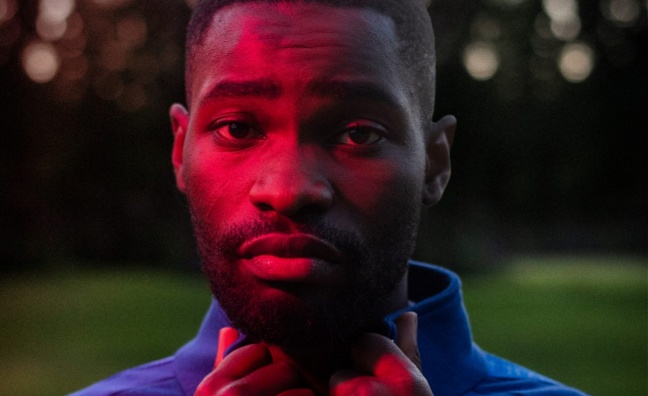 Dave has had a blockbuster opening week for his new album, We’re All Alone In This Together (Dave Neighbourhood/Universal).

The UK rap star’s second LP had easily the biggest opening of 2021 so far after racking up 74,191 sales, according to the Official Charts Company. Olivia Rodrigo’s Sour was previously the album with the biggest seven-day total this year (50,942). We’re All Alone In This Together secured the biggest week one sale since November 2019 when Coldplay’s Everyday Life (Parlophone) opened with 80,974.

Among hip-hop/rap albums, We’re All Alone In This Together had the biggest opening week since Tinie Tempah’s debut Disc-Overy in October 2010.

Dave’s acclaimed album was equally impressive on streaming and physical, thanks to a range of pre-order and D2C offers.

WE SOLD OUT EVERY SINGLE PHYSICAL ITEM THAT WE HAVE IN 7 MINUTES https://t.co/phqJ0kZ86M

We’re All Alone In This Together amassed 32,552 equivalent sales (43.9% of the total) from the 38.5 million streams across the 12 tracks, a new record in terms of weekly album streams for a UK rap act.  The previous record holder was Stormzy’s Heavy Is The Head (Atlantic), which registered 28,155 streaming sales in December 2019.

The record’s performance helped the physical music artist album market increase by 18.8% week-on-week. Anne-Marie’s Therapy, which debuted at No.2, also made its mark with 18,260 sales (including 12,463 physical copies). Physical album sales had a 20.8% market share, the biggest so far in 2021.

Dave’s debut album Psychodrama opened at No.1 with 26,390 sales in March 2019 and surpassed Stormzy’s debut with its 20,786 equivalent sales from streams. With the new LP release, sales of Psychodrama increased by 40.6% week-on-week and the album moved 84-40. It recently went platinum and has sales to date 306,082.

Despite the huge streaming numbers for Dave in the past week, Ed Sheeran held on at No.1 in the singles chart with Bad Habits on 85,433 equivalent sales. Dave’s collaboration with Stormzy on Clash moved 8-2 (53,046 equivalent sales), with sales up 50.3% week-on-week.

Dave also secured new entries with Verdansk at No.4 (44,523) and In The Fire at No.6 (40,801). Chart rules limit the primary artist to three entries, though raw data shows that Dave would otherwise have dominated the Top 20 with all 12 album tracks from WAAITT.

The release of Billie Eilish’s Happier Than Ever (Polydor/Interscope) does pose an immediate challenge to Dave’s weekly sales record for 2021, although the UK rap star will be very hard to beat.