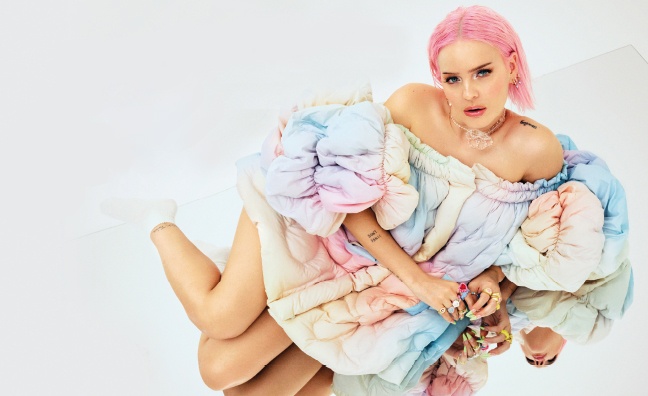 Anne-Marie has told Music Week that making her new album Therapy was a life-changing process.

Released last Friday alongside Kiss My (Uh Oh), a new track featuring Little Mix, Therapy features a collaborators list that includes Ed Sheeran, Max Martin, Kamille and more. Tracks with KSI and Niall Horan are already doing big numbers for the Asylum/Atlantic star, and expectations are high for the record. Its predecessor, Speak Your Mind, was the biggest debut album of 2018 and now has 343,200 sales, according to the Official Charts Company. It peaked at No.3

Anne-Marie, who stars on the cover of our new issue, said that Therapy represents a step up in songwrting and performance.

“The more I wrote, the more I realised that I just love pop music and that’s who I am,” said the singer. “I love collaborating with people and I love doing my solo stuff. I’ve never been scared of that, because I’m writing everything, no matter if I collaborate or not, I’m writing the music. With this album, working with Max, Ed or KSI, I just wanted to spread it out.

Sheeran, who is on the same label as Anne-Marie, was one of the first people she met in music. She told Music Week that working on 2002 (1,842,614 sales) with him taught her a useful lesson

“We had never worked together and we were such good friends, so I thought, ‘If we get in the session and he thinks I’m crap, is he not going to be my friend?’” she said. “But how he was in the session was amazing to me, because he’s very much open to being crap. And I think that’s what I really am bad at. For example, I would probably go through about 10 sentences in my head before I feel confident to see if one is OK with everyone in the room. Whereas he was just like, ‘What about this? What about this?’ and saying the first thing that came into his head. He wasn’t scared to look like something was not good enough. I learned not to be scared but to be seen.” 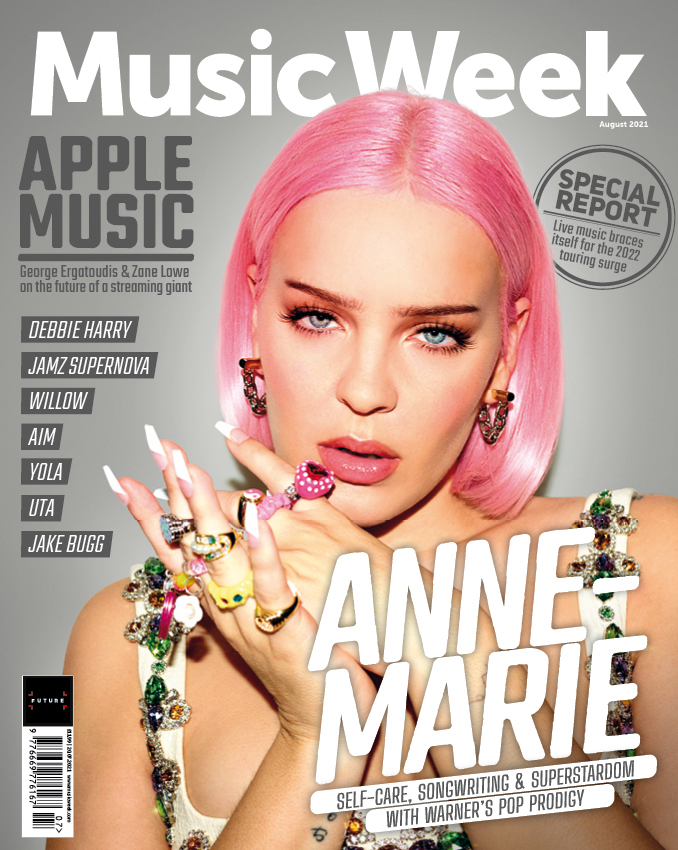 Anne-Marie has been a judge on The Voice and a star on celebrity Gogglebox since Speak Your Mind came out, all of which serves to boost her growing profile. She appeared alongside Sir Tom Jones on Celebrity Gogglebox. “When the cameras are off, he’s so cheeky,” she told Music Week. “He’s hilarious and I wanted people to see that.”

But, the singer said, the most significant change since her first record propelled her towards global stardom, is that she started to have therapy during lockdown

“It changed my life,” she said. “I can’t tell you how different I am just even speaking to you now. I feel different. I would have been, like, full of anxiety before and totally shitting myself.”

“I was scared and terrified about people staring at me,” she added. “I don’t like people looking at me. I know, it’s confusing for people to understand. But I’ve found that when I’m on stage, I’m the artist Anne-Marie and people are there for the music. It’s beyond them trying to judge me as a character. It’s a totally different feeling to when I’m off stage. That’s the bit that’s scary, which is so odd.”

Anne-Marie has high hopes for Therapy, a record that is fuelled by her innermost feelings and experiences.

“I’m a good songwriter,” she said. “The public ain’t stupid, they can tell when something’s authentic. People can tell when someone’s just been given a song and it doesn’t really resonate with the artist who’s singing it. When I’ve collaborated, I’ve always really tried to make sure that I’d feel comfortable performing it and promoting it and like really believing in it. I’ve stuck to my guns and I’ve really tried to make it come from me as well as the other person.

The singer added that she has “realised that what I think is a success should not be based on other people’s opinions, which is really hard in this industry”.

Following her Therapy livestream, Anne-Marie has a huge tour coming up, and she told Music Week that - following on from advice from Sheeran to keep her parents updated while on the road - she will be taking her mum and dad along for the ride.