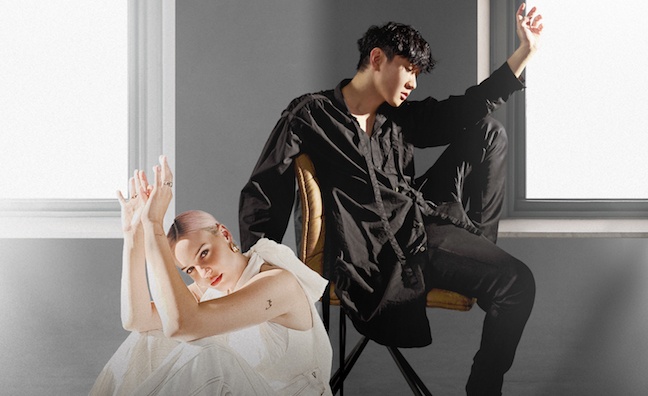 UK artist Anne-Marie is already popular in Asian territories including South Korea. Now Warner Music is aiming big by trying to break her in China.

Anne-Marie has teamed up with superstar artist (and fellow Warner act) JJ Lin for their collaboration Bedroom, on which she appears as a featured artist. Bedroom is a bonus track on JJ Lin’s current EP Like You Do, the first English-language release from the Singapore-born artist who’s huge in China.

The duet is part of Warner Music’s strategy to use cross-territory collaborations to break artists in new territories. As well as being a big push for Anne-Marie in the growing Chinese market, the release also opens up opportunities for JJ Lin internationally.

“It’s great to see two heavyweight pop stars from opposite sides of the world collaborate on this track,” said Jonathan Serbin, CEO of greater China & head of strategic investment, Asia, Warner Music. “I’m delighted we’ve been able to work with Atlantic UK to bring the two together and introduce them to new fans all around the world.

“JJ is entering into a new stage of his career and with the help of Bedroom and Anne-Marie we’re looking to grow his global audience. Anne-Marie is already hugely popular across Asia, but by tapping into JJ Lin’s fanatical fanbase we can grow her status even more.”

The release follows the work of Warner Music’s former Asia president Simon Robson in building the presence of international artists across the region. Robson was recently upped to the role of president, international for recorded music for WMG.

The track dropped on Friday (April 23) and made an immediate impact on Spotify with New Music Friday playlist placements in over 30 markets with 10 million combined followers. The track made the cover of New Music Friday in Singapore, Taiwan and Malaysia, along with appearances on NMF in Hong Kong, Indonesia, India, Vietnam, Thailand, Belgium, Philippines, Netherlands, France, South Africa, Sweden, Iceland, Norway, UK and the US.

In the UK singles chart, Anne-Marie is currently at No.18 with Don’t Play (with KSI and Digital Farm Animals), which has sales to date of 389,356, according to the Official Charts Company. Her other chart appearance is with new single Way Too Long (with Nathan Dawe and MoStack) at No.52 (20,475 sales)

Released three years ago this month, Anne-Marie’s debut Speak Your Mind (Asylum/Atlantic) has sales of 329,371.