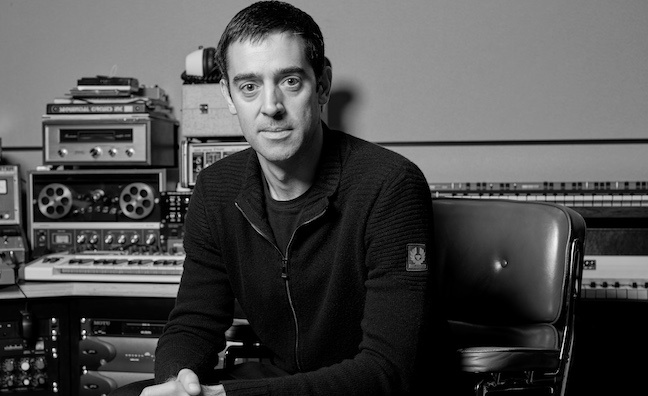 Atlantic is about to drop a hugely-anticipated new album from Music Week cover star Anne-Marie, alongside the label’s current No.1 single from Ed Sheeran. Bad Habits is chasing a fourth week at No.1.

Following the appointment of co-presidents Ed Howard and Briony Turner in December 2019, the Warner Music UK label has reinforced its A&R firepower with key appointments including Austin Daboh and Rich Castillo.

In the half-year figures from the Official Charts Company, Atlantic’s streaming impact is apparent from their five singles in the Top 20 of 2021 so far. As well as Tiesto’s The Business at No.3, the label has drill smash Body by Tion Wayne and Russ Millions at No.9, Head & Heart feat. MNEK by Joel Corry at No.12, Bed by Joel Corry, Raye and David Guetta at No.13 and Don’t Play by Anne-Marie, KSI and Digital Farm Animals at No.14.

Head & Heart is now above 1.8 million sales, according to the Official Charts Company. It’s one of several huge streaming hits for Atlantic in the last few years.

“We are delighted, Briony and I, with the success that has come off the back of our new partnership over the last 18 months,” co-president Ed Howard told Music Week. “To see the continuation of the success [at Atlantic] is really gratifying, with a new group of artists including Joel Corry and now Anne-Marie on her second album as well.

“It's great to see that we're adapting and serving our artists well. As the entire music industry ecosystem and the market has been shifting underneath us, we haven't lost the ability to keep serving the artist better than anybody else in this country. So it's incredibly gratifying that the immense hard work the whole label has put in through the last year, under incredibly difficult circumstances, has paid off.”

Following the success of Sheeran’s Bad Habits (295,872 sales so far), now there’s also a huge focus on Anne-Marie’s sophomore album Therapy. It follows the platinum success of her 2018 debut, Speak Your Mind (342,092 sales). Our Song, the Top 20 collaboration with Niall Horan, has 141,414 sales to date.

“We're really proud of how we navigated a tricky year last year for lots of different artists, given that it set their touring plans and everything back,” said Howard. “I think we've navigated that brilliantly and come back with a really strong A&R strategy and marketing strategy. We are on the cusp of - hopefully - delivering for [Anne-Marie] a really good result with her second album.”

Atlantic is also gearing up for another album from Mahalia, who’s established herself as a streaming star with more than four million monthly Spotify listeners. Mahalia’s single Simmer (feat. Burna Boy) has OCC sales of 302,395..

Howard said the success of Mahalia underlines the long-term development and support of artists.

“It's basically a completely different world that we're operating in now than when we signed Mahalia,” he told Music Week. “There are consistent parts to her team, I've worked with her since day one, as have others. But it's great that we've got fresh energy and fresh ideas, in terms of new team members coming in to keep her moving forward. That is super-exciting as well.”

Newly-appointed head of marketing Sam Spencer signalled the label’s ambitions for the second half of the year.

“Tion Wayne and Mahalia are on the cusp of getting through to the next level, so it's all about how we get them up to the level that they deserve.

Off the back of the No.1 record for Tion Wayne, it’s about how we move that into a full album proposition and artist proposition for the label. And Mahalia does some incredible streaming numbers for us, so it's about how we can start to build her out and elevate her through this next album campaign.”

Howard also emphasised the role of Ed Sheeran in the new album from Maisie Peters, who’s signed via his Gingerbread Man Records. The single Psycho was co-written with Sheeran and Steve Mac. Her debut LP, You Signed Up For This, drops on August 27.

“He's a big fan of Maisie’s,” said Howard. “I’m sure that will grow and blossom over the coming months and years. And it's obviously good timing that they're both back in cycle now. He loves that interaction, he loves helping others out and bringing new music to a wider audience.”

Click here to read Ed Howard and Sam Spencer on the return of Ed Sheeran.

Subscribers can click here to read our Anne-Marie cover feature.