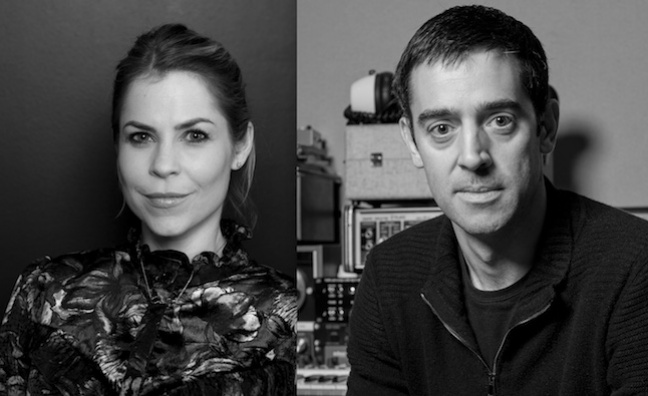 Atlantic is riding high with the current No.1 single (Body by Tion Wayne & Russ Millions) and six nominations at the BRITs.

Here, label co-presidents Briony Turner and Ed Howard react to the recognition for their artists and open up about the ambitions for the label’s roster…

How do you feel about the recognition for Joel Corry as a UK hitmaker? How can the BRITs help him further establish himself as an artist?

Briony Turner: “We’re delighted to see Joel’s success recognised in his three BRIT nominations. He’s such a hard worker and it’s great to see it paying off for him and for him to get this accolade. The BRITs is a great way to gain even more exposure as we typically see a real spike in interest in the artists involved in the weeks leading up to and following the awards. And we’re really happy to see the interest building around Joel as an artist, as well as for his hits, and we see the BRITs as another moment for Joel to connect as a person, as well as the man behind multiple hits.”

Nathan Dawe scored hits during lockdown – how do you plan to build on his success?

Ed Howard: “Nathan’s journey actually started a while before lockdown. We enjoyed a Top 20 hit with Flowers, which still has big streaming numbers today. And we kept that momentum going through a really tricky year. Lighter was a huge hit and No Time For Tears with Little Mix opened him up to a whole new audience. We are continuing his hit trajectory now with Way Too Long, alongside Anne-Marie and MoStack, and we’re looking forward to Nathan really coming into his own with the return of festivals and clubs.”

Nathan Dawe and Joel Corry are nominated for Best Single in what was their breakout year, which is a huge achievement

Do multiple singles nominations for Joel Corry and Nathan Dawe underline Atlantic’s success in the streaming era with UK talent?

Briony Turner: “I think if you look back, Atlantic has always been a label that’s put out big hit singles, but what’s exciting to me is that we can repeat that year after year, with fresh talent. Nathan and Joel are nominated for Best Single in what was their breakout year, which is a huge achievement and testament to their songwriting ability and production quality as artists.”

Ed Howard: “And if you look at this year, we’ve already had some massive singles which have all spent a lot of time in and around the Top 10 – Joel Corry’s Bed, Tiesto’s The Business, Anne-Marie with KSI and Digital Farm Animals’ Don’t Play, Silk Sonic’s Leave The Door Open, Ella Henderson’s Let’s Go Home Together and, of course, this week’s No.1 with Tion Wayne’s Body. I’m sure we’ll see a few of them nominated for Best Single at next year’s BRITs!”

What are your hopes for the BRITs in what’s been a year without live events – can this be a great boost for UK music as we go into summer?

Ed Howard: “I’m hoping we can still celebrate the amazing music that has come out of the UK, despite what has been an incredibly tough year. It’s great that there will be an audience at this year’s show, however small, and hopefully this will be the blueprint of how we can get back to large-scale music events. I don’t think I can put into words how much we’ve missed live music, but it looks like we are finally on a path back to some sort of normality.”

Click here for our Atlantic execs Q&A on Tion Wayne and the first ever drill No.1.