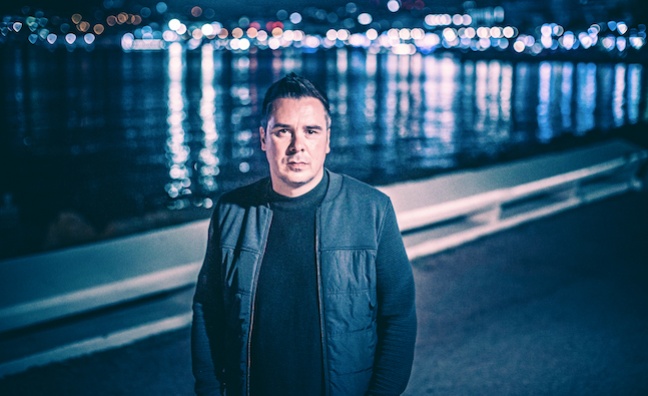 Utopia Music’s Roberto Neri has spoken about the company’s ambitions to boost music business revenues in the data-heavy streaming economy.

The Swiss-based fintech firm has been making headlines recently with its rapid global expansion. As well as high-profile appointments, including former Downtown exec Neri as chief operating officer, Utopia has acquired companies including Proper Music, Sentric and Absolute Label Services.

“Ultimately, what we’re working towards is being the back end of the music industry,” Neri told Music Week. “We need to have one central platform that powers all parts of it.”

Utopia’s mission statement is “fair pay for every play” by using its real-time technology and data platform, which has been five years in the making. It aims to serve the music industry to ensure all creators receive correct royalties.

For music publishing alone, the Ivors Academy has estimated that there’s an annual data gap affecting £500 million of streaming royalties.

“We’re making sure that whatever is due should be paid,” said Neri. “So when a stream happens, we want that to be paid to the creator or the rights-holder in question. Unfortunately, it doesn’t always find its way into the right pockets, that’s why we’re helping with the data gap and providing this unified solution.”

Neri said the bold agenda is realistic based on the technological infrastructure in place.

“We’re certainly heading towards that ultimate utopian state of making sure that the right people are being paid, but also that it happens in a timely fashion,” he said. “At the moment, it can take years for a play in Japan to reach the pockets of creators and rights-holders in the UK. We need to make sure that happens quicker.

“By freeing the industry from the administrative burdens, and the costly overheads, we will grow the pie for everyone involved. We will scale up as we start taking a fractional payment from everything we do. From all the different touch points across the industry as we centralise it, we’ll see this Visa-like state where we take an incremental cost for doing that.”

Neri stressed that Utopia will be a partner to the music industry, rather than a competitor.

“We’re not here to be the Uber disrupting the market and taking out black cabs,” he explained. “We are here to service and supercharge and power pretty much all companies.

“We are completely neutral. Coincidentally, our head office is in Zug in Switzerland, so I like to see us as the Switzerland of music!”

While it is becoming an important player in the industry, Utopia will not become a copyright holder. Neri also ruled out any plan to replace collective management organisations (CMOs) for licensing collections, such as PRS For Music and PPL.

“We don’t want to become a CMO,” he said. “We believe in the CMOs, so we’re not trying to take them out. We just want to help power them and for them to be able to provide fair pay for every play.”

Utopia has pledged that it will never be owned by any major music or tech corporation. Nevertheless, it has established a frontline industry presence through its acquisitions, which represent 1,800 labels, 1,100 publishers and 450,000 music creators. Partners include AWAL, Ingrooves, The Orchard and ADA.

The acquisition of Sentric Music enabled Utopia to launch its new royalty management services business unit, which will continue to be Liverpool-based.

The deal for Proper Music formed the basis of their distribution services unit, which was then bolstered with Absolute.

“Joining the Utopia family has supercharged Proper’s business,” said MD Drew Hill. “Through Utopia’s platform we have been able to provide increasing value to our clients, including improved distribution efficiency and the quality of physical product metadata. Through Utopia’s financial services business unit, we have also been able to accelerate royalty payments to creators.”

Neri views the expansion of music licensing across audio-visual streaming, user-generated content and gaming as key to royalties growth.

“There are some big companies that are currently unlicensed,” he said. “We would like the industry to come together to ensure that music and its true value are being completely realised. [Twitter] is certainly one company that I would like to see licensed.”

IFPI reported in March that global recorded music revenues increased by 18.5% year-on-year in 2021 to $25.9 billion.

“We’re in a really good place,” said Neri. “But one challenge is the explosion of data. For many businesses who are managing this amount of data, and the infrastructure to support it, it is very costly and obviously time-intensive. So we’re here to help the industry.”

Neri suggested that the ambitious Utopia Music concept had been a “long time coming”.

“I completely bought into the idea of doing this because it’s the right thing to do – and the industry desperately needs it,” he said.