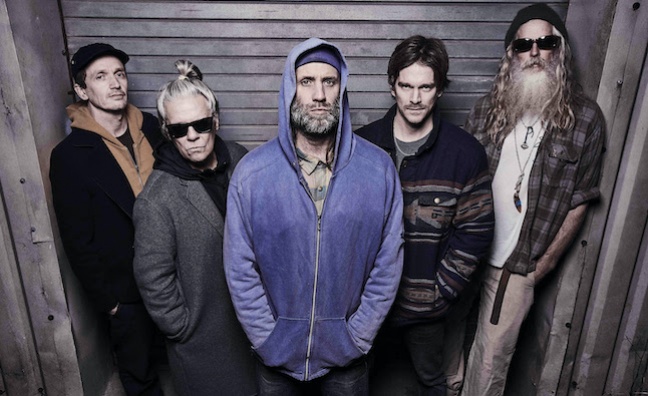 Absolute Label Services has signed a services deal with Reef for the British rock band’s next album.

Under the new deal, Absolute will provide a range of services including distribution, marketing and project management.

Reef will release their new album, Shoot Me Your Ace, on April 15, 2022. The title track is out now and the LP is available for pre-order via the band’s online store.

The single has been produced by Duran Duran’s Andy Taylor. Taylor also joins the band as honorary guitarist, alongside new drummer Luke Bullen, formerly of Joe Strummer’s band the Mescaleros.

The group disbanded in 2003 but later reformed after getting together for a short tour. In 2014 Jesse Wood, formerly of the Ronnie Wood band/Faces/Red Racer, replaced original guitarist Kenwyn House after he amicably left the band to pursue other projects.

Reef have almost 400,000 monthly listeners on Spotify, with Place Your Hands having more than 35 million streams on the platform.

The band will begin a UK tour of the album in April 2022.

Absolute MD Henry Semmence said: “After a period of lockdown, it is great to start coming out the other side and release some great albums – and this is a great album. Very proud to be involved with this great band as they move forward and head into 2022 with dates, new music and festivals booked.”

Reef’s manager, Seven Webster from 7pm Management, said: “We were looking at the best way to release the new Reef album and had a number of offers from some extremely keen labels. But, like getting married, it is all about finding the right partner. All in team Reef felt that releasing with Absolute as our distribution partner, without needlessly signing the band’s rights away, was the best deal in town and, aside from that, the team at Absolute are a joy to work with. Need I say more?”?