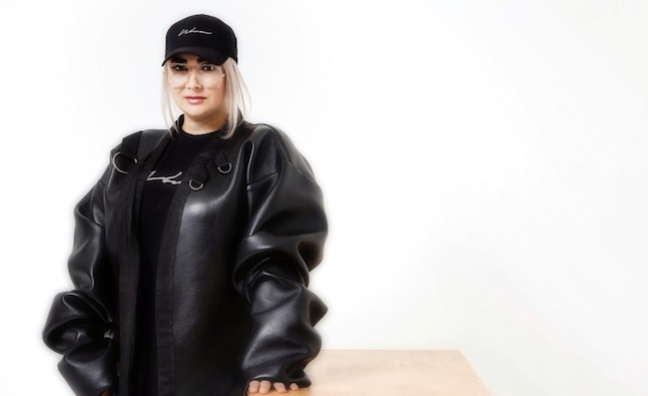 The Association of Independent Music has named Nadia Khan, founder of Womxn In CTRL, as its new chair.

Nadia Khan has been working in the music industry for nearly 20 years. As a female entrepreneur, she is a pioneer in a traditionally male-dominated part of the business.

Khan is a passionate champion for diversity, equity and inclusion, and her work in promoting gender parity and representation has been widely recognised. In 2018, she was inducted into Music Week’s Women in Music Awards Roll of Honour, of which AIM is a founding partner and supporter.

Joining AIM with both Dench Records and CTRL Records, Khan has been on the trade body’s board since 2017. Last year saw Khan launch Womxn In CTRL – a platform to empower and connect women and minority genders across the industry, with over 2000 members and growing.

“In my Seat at The Table report in 2020 for Womxn In CTRL, I was shocked to see that there was only one chair who was a womxn across the industry organisations we analysed, so I felt it was important to put myself forward for the role [as AIM’s Chair]” she said. “I hope in 2021 to see more womxn in the industry in senior positions and roles, and will continue my work to champion womxn in music.”

Of her new position, Khan continued: “I’m honoured to be the new chair of AIM and to be working more closely with CEO Paul and the AIM team. I’ve been an active board member over the last few years, and took part in creating the new job role of entrepreneurship & outreach manager, welcoming Ben Wynter into this position to help

AIM reach and support communities which have been historically under-represented within the membership. I have more ideas to bring to the table, and look forward to continuing to make positive change.”

Outgoing chair Peter Quicke played an active part in driving change during his time in the role, highlighting the need for the music industry to respond to the global climate emergency, among many other issues.

Quicke said: “It has been an honour being AIM Chair, and a great experience working with Paul, Gee and the whole AIM team. I’m very pleased to be handing over to Nadia, she is the perfect candidate for the next part of AIM’s journey - I’ve no doubt AIM will be stronger with her input.”

Paul Pacifico, CEO of AIM, added: “Nadia brings a tremendous breadth and depth of contemporary music industry knowledge to the role of AIM chair, as well as her clear commitment to social justice. It has already been a real privilege to work closely with Nadia to foster diversity and inclusion in the independent sector, and I’m excited by the opportunity to build further on these foundations with her as AIM’s new chair.

“At AIM’s AGM last October, we announced a new, free associate membership tier to level the playing field across the industry and exceeded the commitments we had made to further diversify our board. These included meeting both of our updated Keychange pledges immediately, when our membership elected a diverse and majority female board. With Nadia as chair, I look forward to AIM continuing to lead and exceed on our mission to foster a better, more meritocratic and inclusive music industry.”