Blue Raincoat Music on the rebirth of Chrysalis Records 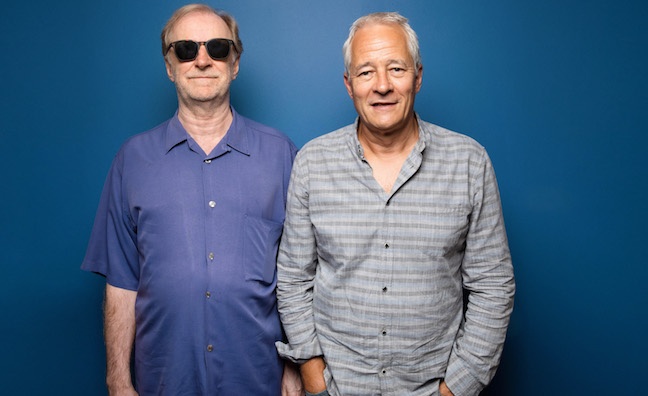 Blue Raincoat Music founders Jeremy Lascelles and Robin Millar have spoken to Music Week about the return of Chrysalis as a frontline label.

The duo acquired the iconic record company in 2016 and co-signed British singer/songwriter Laura Marling in partnership with Partisan Records earlier this year.

The April 2020 release of Marling's Mercury Prize-nominated album Song For Our Daughter (19,936 sales, OCC), which peaked at No.6, marked the first time Chrysalis had put out new music in over two decades.

“Signing artists and helping them make records is my first love, and Robin’s a record maker himself so it was a very natural thing, but we didn’t want to do it until we could do it properly,” said Lascelles, speaking in the latest issue of Music Week. “To put it bluntly, the catalogue was in a mess. It had passed through three owners in the previous three or four years and needed an awful lot of sorting out. So we felt we absolutely needed to wait until we could do a frontline label properly."

We knew we could make this work financially and certainly creatively, so the moment was right

A key factor in Chrysalis’ return to the frontline was Blue Raincoat's alliance with Reservoir in 2019 in a deal that included the master rights to Chrysalis’ catalogue of hits. Singer/songwriter Liz Phair was unveiled as the reborn label’s first US signing in September.

“We brought in Reservoir as investors and partners in our business," said Lascelles. "With the ability to have greater resources to call on, both financial and personnel, we thought, ‘We’re ready to do this’. When we started in 2014, recorded music was still the declining sector of the industry. That all changed, of course, with the advent of streaming. We knew we could make this work financially, and certainly creatively, so the moment was right.”

The Chrysalis roster includes The Specials, Midge Ure, Sinead O’Connor, Suzi Quatro, Paul Hardcastle, Lucinda Williams, The Waterboys and Fun Lovin’ Criminals, and its new era stepped up a gear six months ago with the hiring of Ignition’s John Leahy as SVP, marketing and strategy.

Former Virgin Records veteran Lascelles and Grammy Award-winning producer Millar said the company's across the board growth over the past three years highlighted the strength of its business model in the face of the unprecedented challenges presented by the pandemic.

"The model where we said we wanted a very stable income stream to support the riskier ventures has never been more useful and true than it is now," said Millar. "We run a very lean team, so we don’t pay the sort of money that extravagant major record companies pay. We’ve been able to keep everyone employed and looking forward.”

Lascelles added: “Our artist management business, which was looking in incredible shape at the beginning of this year, has taken a big hit with everyone off the road. But we are fortunate that probably 70% of our income comes from streaming.

"Right from the early weeks, when it was clear that business was going to change, we felt pretty ring-fenced. We were confident we would get ourselves through that – and so it has proven so far.”

Subscribers can read the full interview with Lascelles, Millar and Laura Marling here.