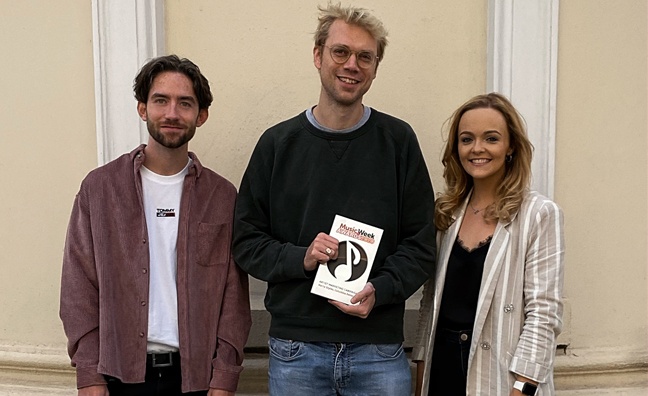 Harry Styles is enjoying one of the year’s most successful albums – and his label plans to keep on pushing the record for at least the rest of the year.

Fine Line was the No.6 best-selling artist album of Q2, moving 63,159 copies in the quarter according to the Official Charts Company. It’s also the No.2 album of the year to date, with 218,993 copies moved so far, ahead of everything except Lewis Capaldi’s Divinely Uninspired To A Hellish Extent (376,138) juggernaut.

It leaves his label, Sony’s Columbia Records, nicely positioned for a Q4 push off the back of its Artist Marketing Campaign award for the Styles campaign at the Music Week Awards 2020.

Why do you think the Fine Line campaign was so successful?
“Fine Line is an album full of incredibly memorable songs and Harry is a special artist who can capture people’s imagination. So the campaign has been built around marrying these two things; delivering hit songs at appropriate times of year, with Harry driving conversation through his music videos and promo appearances. It sounds obvious, but it’s hard to do well and a lot of the campaign’s success has been down to getting this right consistently on a global scale. It's been a very collaborative campaign, and Harry and his management team at Full Stop have been incredible to work with. On top of this, there have been a lot of marketing ideas developed around song lyrics and the music videos, and the fans have really got involved with these and taken ownership of them. With the imaginary island of Eroda in particular, it felt like the fans were creating something in conjunction with Harry and the label, which was fun to be a part of and it created its own momentum.”

The album was released right at the end of last year - what special challenges did that present and how did you deal with them?
“With the album out on December 13, we knew it was going to be one of the most competitive chart weeks of the year, in which physical album sales massively over-index in the chart and the streaming market is crowded with Christmas music. So, with the streaming market squeezed, Harry put on a pop-up shop in Camden to drive physical sales and Christmas gifting, manufacturing special album formats which we sold in-store. We also organised a London underplay for the week of release, offering fans the option to bundle albums with tickets. Both initiatives helped to boost our December sales and keep Harry visible at a very busy time of year.”

And what are your plans for Harry in the future?
“We’ve got a few more things up our sleeve for the rest of the year, but you’ll have to wait and see. Giving the fans mysteries to unravel has been an important part of the campaign, so we’re going to keep our cards close to our chest for the time being…”