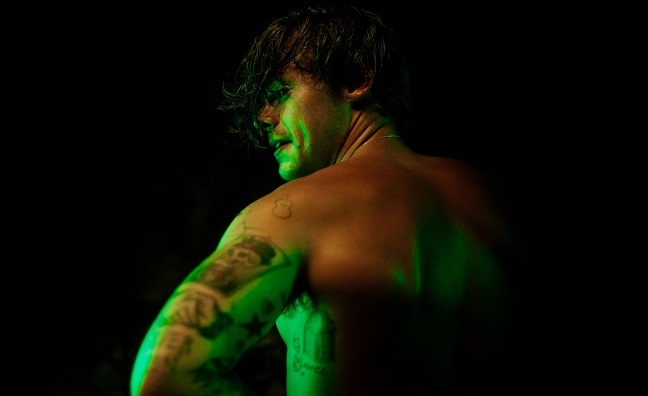 The pair started working together in 2016 after One Direction stopped touring, marking the end of a long association with Modest Management for Styles. They’ve masterminded one solo campaign together, releasing the chart-topping Harry Styles in 2017, but now, Azoff says, Styles’ vision is clearer than ever.

For this week’s cover story, we pored over every detail of the Fine Line campaign with Styles, Azoff and Sony Music Group CEO Rob Stringer. Already this week we’ve brought you Styles and Stringer, now it’s time for an extract from our chat with Azoff of Full Stop Management, the company also behind The Eagles, former Music Week cover star Mark Ronson and more.

Azoff told us that from the start he and Styles made a pact that they would make everything about having fun, then the music would follow. With the campaign’s lavish artwork, the elaborate Eroda ruse for Adore You and the singer’s glut of recent hilarious TV appearances; it certainly looks like they’re having a ball. And Adore You is eyeing a place in the singles chart Top 10 this week.

“Most of the time, it doesn’t feel like work,” said Azoff, which makes it sound even better.

There are brand new exclusive quotes to come from Harry Styles tomorrow, on the day Fine Line is released, but first, here’s Azoff on the singer’s seismic second album campaign.

How has Harry’s sound developed? Has it been a conscious transition from One Direction?

“I don’t know that there’s ever been a conscious transition. The great thing about Harry is, he has so many ideas and he’s the type of artist who knows exactly who he is. That makes our job a lot easier, all we try and do is be there and support him. Wherever it goes musically, we’ll always try our best to push him as much as we can. No one is consciously saying we need to transition; we just give him the tools. We do our best to take it from there.”

What did you learn from the first album campaign?

“I’m not going to say we don’t pay any attention, but none of us spend too much time worrying about charts and positioning and all that. Our big thing is to support Harry. He’s got a vision. We kept everything really tight, that included a really tight group of writers and producers. Sometimes we wanted to try more things, but it was just a matter of giving him time. Once he found a group of people he trusted on the creative side, he knew he was going to get where he needed to go. That was a big lesson for me. The comfort and the talent was there, it was a matter of time.”

What does Harry Styles mean to music in 2019?

“He’s a unicorn. I just find him unbelievably brave. I hate to use that word, because I know him so well and I expect him to be nothing but brave because I’ve seen it time and again. But the music people expect from him... I can’t tell you how many people say to me, ‘Oh I didn’t expect it to sound that way’. For music, it couldn’t be more important to have someone with platform he has who’s willing to take risks and put music out that would be considered untraditional. I can’t applaud him enough for putting music out that people didn’t see coming. It’s really important and sets a great example.”

Subscribers can read the interview in full online here. To order a copy of this week’s issue email Rachael.hampton@futurenet.com. To subscribe and never miss a big music biz story, click here.