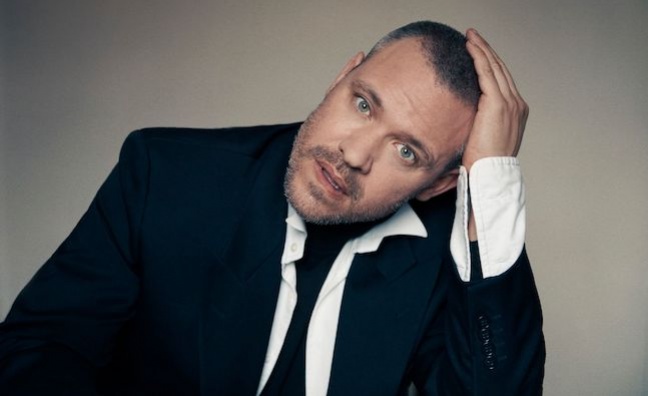 Will Young is chasing chart glory once again this week.

The singer has an impressive track record so far in his career, with four No.1 albums and three that peaked at No.2.

Friday’s Child (RCA), Will Young’s second album released in 2003, is his biggest seller on 1,718,333 (Official Charts Company). Across his catalogue of studio albums and hits collections, Young has total sales of 5,447,067.

As he approaches 20 years of being a pop star, Young has released covers album Crying On The Bathroom Floor. It’s his eighth LP and second as an independent artist with Cooking Vinyl following 2019’s Lexicon, which peaked at No.2 and has sales of 39,430.

Cooking Vinyl MD Rob Collins told Music Week that pre-orders have matched those of Lexicon. A bundle includes tickets to next month’s intimate UK tour from Will Young, including a Q&A element.

“Covers albums can be notoriously tricky to market and promote, but when it comes to Will Young nothing is straightforward,” said Collins. “Will had a very strong concept – to make an album that celebrates some of the modern female artists that he admires and respects.

“The record was made almost entirely remotely with producer Richard X at the controls again and the songs include Daniel, an interpretation of the Bat For Lashes classic, along with reimagined versions of songs from the likes of Lykke Li, Muna, Robyn, Solange, Sky Ferreira and more.”

Lead single Daniel was added to the BBC Radio 2 A-list.

“Honestly, nobody expected that but it’s testament to Will’s vision to insist we released that track first, and the plugging skills of Leighton Woods and Woolfie,” said the Cooking Vinyl MD.

Around 100 regional radio playlists have now been added and the campaign includes promo with Magic FM as well as TV slots. Young also had a Guardian G2 cover

Collins said Young, who has presented the Homo Sapiens podcast, has hopes to interview the artists whose songs he’s covered.

“The video element to the campaign has a unique angle as well,” he added. “Two videos were shot at the same time with award winning director Wiz to create a short film that plays out across the two videos. The videos are not what you would expect from a Will Young video either, which adds another layer of depth to the campaign.”