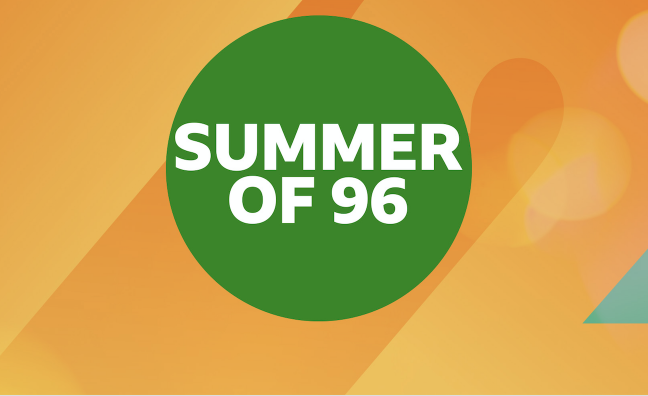 BBC Radio 2 has announced details of it summer programming, with boss Helen Thomas promising “something for everyone” as the station prepares to celebrate the music of 1996, Amy Winehouse. The Beatles, Louis Armstrong and more.

Across Radio 2 and BBC Sounds, the station will mark 25 years since the Euro 96 football tournament with a raft of programming, hosted by presenters including Fearne Cotton, Gabby Logan and Paul Gambaccini.

Richard E Grant will celebrate the legacy of the Spice Girls with Spice Up Your Life on Saturday, July 3, while Mel C is to host a special mixtape show.

Richard E Grant said: “I’m thrilled to be presenting this programme for Radio 2 as I have so many fond memories of my time filming the Spice Girls movie and feeling the full force of Girl Power in action! They were such a phenomena and I can’t believe we’re celebrating their 25th Anniversary.”

Mel C said: “It’s going to be a wonderful trip down memory lane, sharing some of my very favourite tunes and the memories they take me to with Radio 2 listeners.”

Helen Thomas, head of Radio 2, said: “Whether it’s enjoying the timeless appeal of artists such as The Beatles, Louis Armstrong or Amy Winehouse, being given an introduction to hip hop by Romesh Ranganathan, or reliving the joy and pain of Euro 96, there’s something for everyone on Radio 2 this summer.”

There’s something for everyone on Radio 2 this summer

Elsewhere, Gregory Porter will host Louis Armstrong Remembered By Gregory Porter on August 1, in a show that will examine the jazz legend’s influence 50 years after his death.

Gregory Porter said: “I am celebrating the music of arguably the greatest jazz musician in history. He has influenced music the world over - mine included - and continues to do so, even 50 years after the world lost him. He sang so many songs about coming together, and about love, this is something I am constantly trying to do in my own writing, that is how Satch has influenced me. The freedom that he expressed in his musicianship and through his instrument, of putting his personality, his style and even his smile into his music is truly beautiful, and it is my honour to remember this truly great artist with BBC Radio 2.”

Jamie Cullum is to host a special edition of his regular jazz show to celebrate Armstrong.

“There are few figures that had a bigger impact on 20th century music than Louis Armstrong - emerging out of the melting pot of early New Orleans jazz to become one of the world’s most popular musicians,” Cullum said. “His songs have been a frequent fixture on the stereo throughout my life, and his influence on generations of musicians is incalculable. I regularly play his timeless music on my show already - but I’m really looking forward to celebrating Satchmo in a bigger way this summer on BBC Radio 2.”

To mark 10 years since the death of Amy Winehouse, Radio 2 will broadcast a two-part series titled Legacy Of A Lioness: Amy Winehouse as Emeli Sandé, Jessie Ware, Mabel, Ella Henderson, Alexandra Burke and more discuss the iconic star’s impact on their own work.

A two-hour archive show, Amy Winehouse at the BBC, will also air on July 25, while Winehouse will be celebrated across BBC TV, iPlayer and BBC Sounds.

Bruce Springsteen returns with a limited run of his From My Home To Yours, while Romesh Ranganathan will host For The Love Of Hip Hop throughout August.

Romesh Ranganathan said: “I’m incredibly excited about doing a hip hop show on BBC Radio 2. I feel like there’s a big group of people that feel like hip hop isn’t for them, but it absolutely is. It’s such an expansive genre, it has something for everyone. I genuinely believe there is a whole raft of Radio 2 listeners who don’t how great hip hop is and I want to change that. I want to convert so many people that I start some sort of movement.”