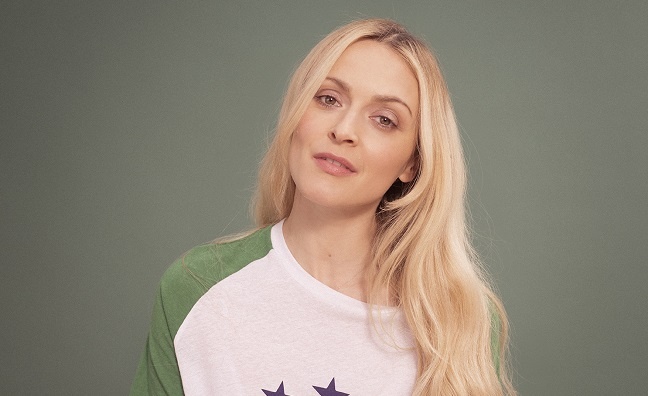 Fearne Cotton has told Music Week that she would one day like to present a regular show on BBC Radio 2.

The former Radio 1 DJ launched a new BBC Sounds show, Sounds Of The 90s, last month. It also airs weekly on Radio 2, where Cotton has often filled in in recent years.

“One day it would be nice,” she said. “This new show is the perfect set up for me at the moment, and also there’s no room at Radio 2 at the moment, the roster is unbelievably perfect. Looking at the additions of Zoe Ball and Sara Cox, there’s this amazing flow throughout the day and across the weekend. I don’t think there’s any room for me right now.”

Cotton, who was speaking to Music Week for The Aftershow, said the new BBC Sounds show could be springboard to a new regular gig.

“This is a starting point for me to make my own mark and do something new, rather than covering for other DJs,” she said. “If that down the line turns into something else then wonderful, because it’s a medium that I’ve grown up with and is something I really adore. If I get back to that place and it’s a regular thing on Radio 2 then so be it.”

Cotton is a big fan of Radio 2, and said it would represent a natural progression to move from her previous daytime slot on Radio 1, which she left in 2015. Radio 2 boss Lewis Carnie announced his departure earlier this year.

“I’ve been covering on Radio 2 for about four years, sitting in for Zoe, Ken [Bruce], Claudia [Winkleman] and Graham [Norton] and that’s been really lovely, talking to an audience I was talking to at Radio 1 and they’ve grown with me, they’re at the same stage in their lives and the music reflects that,” she said.

So far, Cotton has hosted All Saints, Gabrielle and Jason Donovan, among others, on Sounds Of The 90s. The presenter said the show is filling a gap in BBC music coverage.

“I’ve been doing bits and bobs for Radio 2 and I haven’t found my own space there yet. I was really keen to do something I could take ownership of and get my teeth stuck into, that’s how I prefer to work,” she said.

“One of the missing areas was ’90s music. If you think about how the Radio 2 audience have grown from being Radio 1 listeners when I was there, being a similar age, there’s a lot of nostalgia we’re missing out on.”