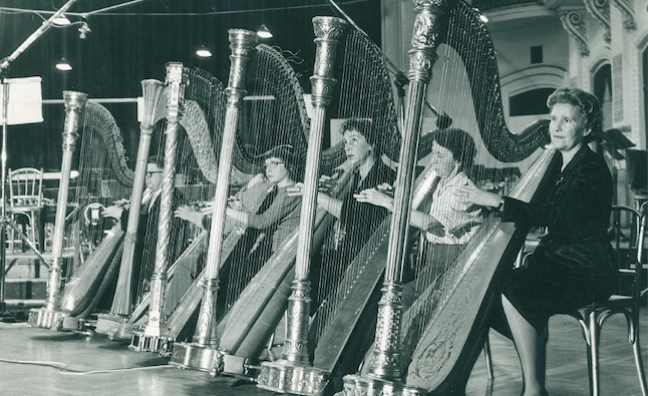 The release has been made possible by a restoration project to preserve analogue master tapes which have been stored in the vaults of Universal Music since the recording sessions took place in the 1950s and 60s. The tapes have been processed to high-definition digital audio, and where sections of tape have deteriorated, they have been baked in a specialised oven to restore their integrity.

Solti’s Ring Cycle was recorded between 1958 and 1965 and includes four operas and lasts 15 hours. It was the first time stereo recording had been used on a work of such scale.

This recording has sold over nine million copies and has soundtracked iconic cinematic moments, most famously the helicopter scene in Apocalypse Now.

The new transfers have been made at 24 bit/192kHz resolution, which allows greater detail and dynamic range than heard previously. They have also allowed the original recording to be remastered for Dolby Atmos, the spatial audio technology which recreates a multi-dimensional sound – true to the original producer John Culshaw’s vision of a 'theatre of the mind'.

Co-presidents of Decca Label Group, Tom Lewis and Laura Monks, said: “This is the Citizen Kane of classical recording and this new version is mind-blowing, especially when you listen in surround sound. What makes it even more tantalising is the thought that the engineers were able to return to the original tapes just before they disintegrated beyond use. A final opportunity to return to an original masterpiece before losing it forever!”

Decca Classics label director and audio producer of this reissue, Dominic Fyfe, added: “Back in 1966 producer John Culshaw expressed the hope that this Ring would set a benchmark for years to come. Half a century later it is still the artistic and technical gold standard. Culshaw was above all an iconoclast and a visionary who rejoiced in new technology. I have no doubt he would approve of our efforts to utilise Dolby Atmos and the latest suite of remastering tools to make this new HD transfer the most immersive and vivid yet."

Photo: The six harps used to create the rainbow bridge music in the final scene of Das Rheingold