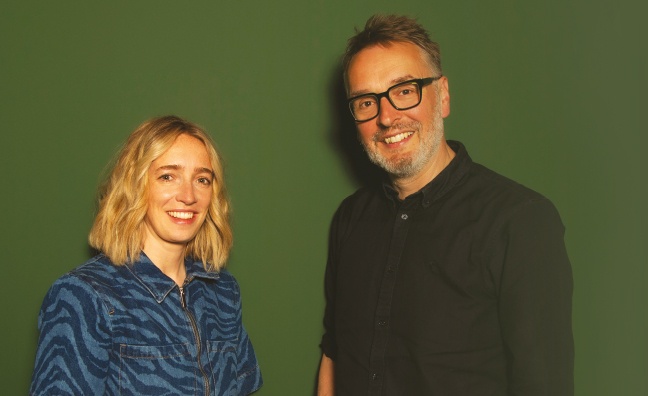 Decca's co-presidents Laura Monks and Tom Lewis have told Music Week that their A&R policy is defined by finding artists who can make a connection regardless of their genre or location.

The label asserted its broad church credentials with the recent signing of DIY artist Ellie Dixon, a TikTok star with over 1.1 million followers.

"She’s an incredible talent," Laura Monks told Music Week. "She is of the new generation of artists where they need to understand what we can do for them, and we enjoyed a rigorous discussion process. She felt strongly that Decca was the right label for her and that we could deliver and amplify all of her ideas. So far, the relationship is extraordinary, and we love her as an artist.”

“Ellie will draw on our best storytelling skills, in terms of the way we develop audiences and communicate digitally," added Lewis. "The other thing I think she will do is take us into new places in terms of confounding expectations about what Decca is, and what it can be, which is always a good thing. She’ll stretch us, but equally, I hope that we’ll stretch her, and it will be a symbiotic relationship. When we’re signing people, as long as they keep stretching us and grow our experience and expertise, then that complements what we’re trying to achieve. As a label, we want to get bigger and bigger, and to become more and more successful, and more influential.”

Earlier this year, Decca also signed the Downton Abbey duo of Michelle Dockery and Michael Fox, while other hotly-tipped prospects include Rhys Lewis and Jeremy Loops. Decca artists will also both open and close the BBC Proms, with British-Italian tenor Freddie De Tommaso performing on the opening night, and cellist Sheku Kanneh-Mason and soprano Lise Davidsen being soloists on the last night.

"We have everything from solo piano music to blues to an electronic album coming up," said Monks. "Anything goes, as long as it can attract an audience. Decca is really a group of labels: we have core Decca, then Mercury KX, which is a modern, contemporary classical label, but leaning in on electronica. We also have Decca Classics. It’s a smorgasbord of musical fantasticness.”

While the Universal label has a strong heritage in classical and jazz, the duo have told Music Week they will consider artists from across the musical spectrum if they can make the right impact.

We’re not after a quick smash and grab, we’re after building careers

“We look for people that make you go, ‘Wow, what did I just see? What did I just hear?’ And we know that they can make a powerful connection," explained Monks. "So whether that be with an online audience, in the world’s greatest concert halls, or in a small gig venue down the road in London, we just need to know that they can connect with people and bring magic. But it has to have that ‘wow’ moment, with the inquisitive factor of something that’s maybe just a little bit offbeat.”

“It’s people who just make us draw breath," added Lewis. "A brilliant example of that is Jacob Collier, who is just jaw-dropping in terms of the way he thinks, operates and galvanises audiences globally.”

Although Ellie Dixon rose to prominence on TikTok and Ludovico Einadui also made an impact on the platform, Monks and Lewis say their signings are not driven by capitalising on current trends.

"What role does TikTok play in our A&R strategy? Interestingly, I don’t think very much," suggested Lewis. "We’re not after a quick smash and grab, we’re after building careers. A nice illustration of this is that we’ve been working with Aurora for six or seven years, and she’s been building a global platform. Last year, TikTok became incredibly important for her. But it was complementing our existing artist development, it wasn’t the sole basis.”

Monks added that data alone would not make the decision for the label to sign an artist.

“We don’t sign based on numbers, we sign based on talent and vision," she explained. "We sign artists that can challenge us and yes, some of them may have online followings, or have had viral moments. But we are there to help them succeed, whether it be them thinking about NFTs, or how they can best communicate with their audience. If we were only signing for numbers, we wouldn’t be here now.”