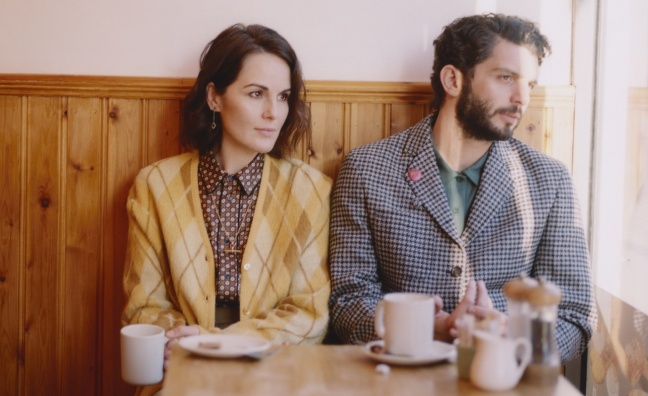 After discovering a shared love of music, the pair would jam between filming, and started playing regularly as a duo with voice and guitar.

Six years later, they have signed their first record deal and a debut EP, The Watching Silence, is due for release on May 6. A new single, Calming Storm, will be released today here.

Their first ever official public show will follow at Omeara London on June 6.

Dockery sang on various London stages before acting became her focus, while Fox had played in bands when he was growing up.

“The music Fox and Dockery have found together is both classic and utterly timeless: though more Nashville Americana than UK folk in melody and structure, their impressionistic songs are modern and immediate, free of pastiche, and are shot through with their own London realism,” said the announcement from Decca.

Laura Monks and Tom Lewis, co-presidents of Decca Label Group, said: “We are thrilled to have these two multi-talented artists join the Decca family. They are a perfect match and we fell in love with their sound and chemistry as soon as we heard them. We know their global fanbase will be as excited to finally hear them on record as we are.”

Produced by Iain Grimble (Bears Den, Daughter and Catfish And The Bottlemen) the EP, which consists of four original songs, was recorded last year in Crouch End’s Church Studios in London. Throughout the record, the duo are joined by Chris Maas (Mumford and Sons) on percussion and Tommy Heap (Willy Mason) on piano and drums.

They will be juggling their music around their acting commitments. A second Downton Abbey film is released in April.

Fox added: “I will always love acting but there is something about us, some part of our characters that we haven’t fully realised - and that’s happening now.”