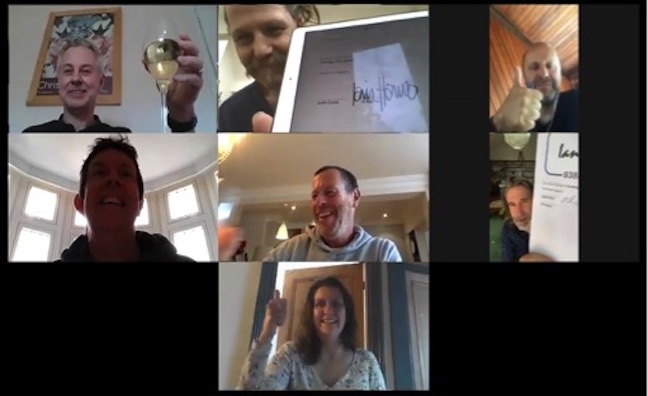 Del Amitri have confirmed that they have signed a new record deal with Cooking Vinyl. An official press release stated that the deal will see the band release a new studio album – their first since 2002 – early next year.

Speaking about the deal, Cooking Vinyl’s managing director Rob Collins said: “I’m excited to sail with the good ship Del Amitri on this new voyage of theirs. From what I’ve heard we have the supplies to brighten up the world again.”

Vocalist/bassist Justin Currie added: “Del Amitri are thrilled to have signed with Cooking Vinyl, a company whose working methods and rugged independence we have long admired. Having finished recording the night before lockdown in the UK, we’re looking forward to navigating the high seas of the new normal, with a company who can innovate and react with the sort of flexibility only true independence can bring.”

The announcement follows the news that Del Amitri will play a free show for Scotland’s NHS workers at Glasgow Barrowland on December 9. All tickets for the show were allocated just eight minutes after they became available. A full headline tour is set to be announced in the near future.

Here, in an exclusive Q&A, Andy Prevezer – who co-manages the group with Martin Hall – takes us inside the multi-million-selling act’s return…

How long has Del Amitri's return been in the offing?
“Justin (Currie, vocalist/bassist) and Iain (Harvie, guitarist) had been thinking about a new Del Amitri record for some time. But, in some ways, they never went away completely, popping up for the occasional run of live dates every couple of years. The idea for a new album really only crystallised properly last year. Their longstanding previous manager John Reid is a good friend of mine and he had talked about bowing out of management for a while, and asked whom I thought might be some good names to take up the reins. I’d worked with the band as their publicist right from the early A&M years, almost up to their last album in 2002, and had kept in touch with them throughout. They’re brilliant people. Coincidentally, at the same time, my oldest mate Martin (Hall) and I had been discussing doing something together, and when John mentioned he was bowing out, it suddenly struck a genuine chord. I mentioned the co-management idea to Martin, he loved it, and we then went up to Glasgow last summer to meet Justin, discuss the idea, and hear some demos of new material. They all sounded really strong, as good as anything they’d ever done. That’s kind of how it came together.”

How did the Cooking Vinyl deal come about?
“It was about finding the right label home for the new record, and then after some meetings with Rob Collins at Cooking Vinyl it soon became clear to us that the label had exactly the right pedigree, experience and love for the music that had gotten us engaged in the first place. After a few weeks of to-ing and fro-ing, we finally signed the deal on Zoom last week.”

Del Amitri were obviously a huge group in the 90s, but their last studio album was released way back in 2002. How are you going to go about re-establishing them with old fans?
“Well, it’s clear from the sold-out shows they’ve done in recent years, from Edinburgh Castle to Hammersmith Apollo, that there’s still a huge appetite for their music, and they’ve continued to engage with their fans online even in their fallow years… But the key to us is about not resting on the heritage angle, but to move forward with some great new music and to then engage a wider audience, as well as that core fanbase. With Cooking Vinyl’s help and vision I’m sure we can achieve all that. It’s easy to forget that the band had hits all around the world – including a Top 10 single in the US, which is actually still their biggest streaming market – so we’re currently plotting a potential roll-out of music and shows worldwide next year. Fingers crossed the world has opened up to everyone by then.”

Finally, what can we expect from their comeback album?
“It’s in mastering now, and it sounds like a classic Del Amitri album: hugely melodic, lyrically acute and absolutely right for these difficult times. We’re very excited.”