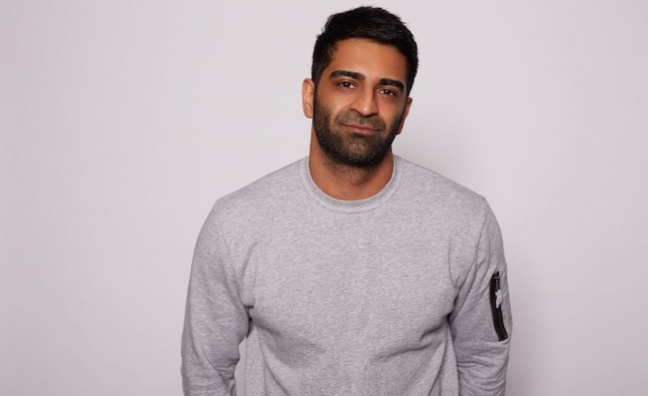 Ministry Of Sound president Dipesh Parmar has told Music Week that London Grammar’s upcoming third album is “the best music they’ve ever made”.

Parmar starred on the cover of Music Week alongside GM Amy Wheatley earlier this year and used the interview to stress the importance of London Grammar to his Ministry Of Sound story.

As Ministry Of Sound continues to gear up for the record’s release on February 12, read our new Q&A with Parmar about the upcoming campaign.

How excited are you about London Grammar’s comeback?

Dipesh Parmar: “From the very first day I heard a demo to meeting them, I knew had to work with them. It was the music they were making and Hannah’s voice – she’s probably one of the best vocalists in this country if not the world. The fact they’ve been BRIT-nominated and have won an Ivor Novello award is credit to them.”

“They’re true artists, they never waiver their creativity and it’s all about how it works between the three of them. You can A&R them to a degree and we do, but their decision is final. They won't dilute their sound for any commercial reason. It’s brilliant that the music has resonated, we sold 1.5 million copies of the first album and then went into Sony and had a No.1 record, which is great. What’s been interesting is, during lockdown, the sync activity on their catalogue has been so powerful and there’s been syncs on a number of key TV programmes and commercials. Their music is resonating.”

You can A&R them to a degree, but their decision is final

What are your plans for the new campaign?

“We’re really excited about the next record, we were literally about to push the button pre-Covid. We didn’t want to do a disservice to the band, the album or the music because it’s so good, we wanted to take a step back once we went into lockdown and ensure that when we pressed go we were able to have all the assets and ready to go. We’re excited about it, it feels good, feels right, their music resonates and always has on TV and it resonates live. We’ve got to figure out how to connect with their audience and grow their audience without the live aspect in there and with a challenging TV schedule, so we’re figuring all that stuff out. The music is arguably the best they’ve ever made.”

Subscribers can read our Ministry Of Sound cover story here. To subscribe and never miss a music biz story, click here. Make sure you can access vital music biz information wherever you are by signing up for our digital edition here.