DMA's 'deserve to be No.1': Inside the band's album campaign with BMG 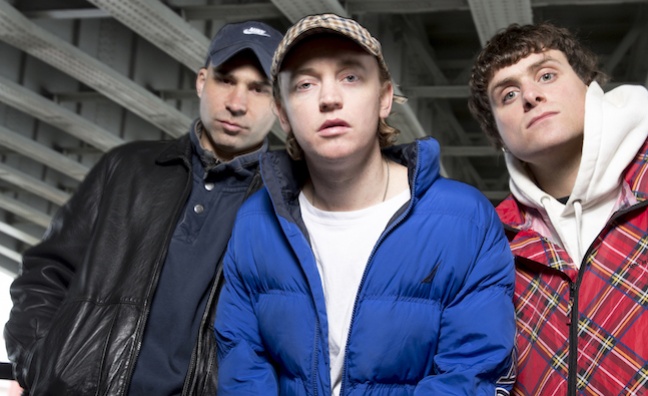 Australian rock act DMA’s could be in the running for a high chart entry with new album The Glow, produced by Stuart Price.

In the latest issue of Music Week, we speak to BMG UK’s frontline label bosses about the campaign for the album, released on July 10. It was delayed by three months because of the coronavirus.

In the first part of our Q&A with the label execs, Jamie Nelson, VP A&R, opens up about his hopes for DMA’s…

How big a priority are DMA’s for BMG?

“DMA’s were signed via our longstanding collaboration with Korda Marshall. He has been their champion from day one. They are a huge priority for us. The band have quietly built a very committed base. They have delivered a brilliant record and we’re excited to see what’s next for them.”

Three albums in, what are the ambitions for DMA’s?

“Over the years we have seen bands like Courteeners and Blossoms all come through, and the DMA’s are very much in that vein in terms of audience. What has made them has been single-minded hard graft in terms of touring, but what is the key to really breaking through is the songs and DMAs are at that point.”

The previous album peaked at No.13 – what are the hopes this time for week one and beyond?

“This is certainly an album which deserves to be No.1. Let’s see – would hate to jinx it!”

Stuart Price produced the album, are DMA’s reaching a new audience as well as their rock heartlands?

“The band were perceived a certain way to begin with. They have evolved, though, which is why they have found a bigger base. Any band that writes songs that connect in the way that DMA’s songs connect will always find a new audience.”

Will physical sales be important for the band, particularly HMV and indie retail in week one?

“Absolutely. Traditionally, the band have had very a successful start on physical and we will be hoping for the same this time around.”

Rock can struggle on streaming and radio, but DMA’s have a contemporary electronic sound. How are they performing in terms of DSPs and radio support?

“It’s building. It’s not easy for bands in this area. However, they have had support from DSPs and radio, and that is continuing to grow. Airplay has been amazing with A list support at Absolute, Virgin and Radio X, specialist support at Radio 1 and they were added to the Radio 2 playlist. The band are on the edge of something very special, we’re confident that everything will pull together at the right time.”