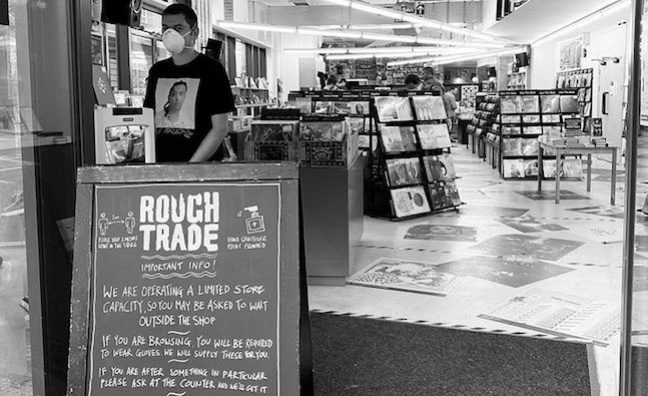 Music retail has been back for a fortnight and the effect on physical sales is clear to see.

After a vinyl sales surge last week when stores returned to the High Street after a three-month lockdown, there’s been a consolidation for the physical music market.

According to Official Charts Company data, for the previous seven days physical sales were up 7.6% week-on-week to 371,738 units (physical artist albums were up 9.1%). In comparison, album streams were up just 1.8%.

Crucially, physical sales were back above the 20% mark (exactly 20.0% to be precise). That’s up from 19.1% in the prior week and above the 19.4% share in the week before lockdown. During the first weeks of lockdown, physical’s share slumped.

Despite the initiative, vinyl sales were actually down 2.7% week-on-week. However, that may be an unfair comparison as vinyl LPs clearly got a big boost in the prior week when record shops, including Rough Trade, HMV and Fopp stores, reopened.

Retail will now be hoping for a further boost from the delayed Record Store Day later this year.

Click here to read HMV owner Doug Putman on the future of CD.