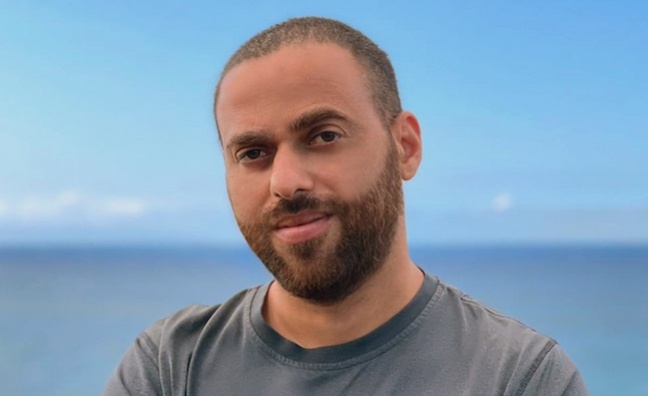 Empire has hired Suhel Nafar as vice president of strategy and market development.

The leading independent label, distributor and publisher becomes the first label to open a division in the US to help grow the local scene in West Asia & North Africa and its diaspora. Nafar, who will head up the territory, will be based in San Francisco at Empire’s headquarters and joins the global team as the label continues its overseas expansion.

Nafar joins Empire with prior experience in the strategy and creative sectors of the music industry. Most recently, Nafar worked at Spotify as the global lead of Arab music & culture, helping to build and launch in West Asia and North Africa, including an international curation initiative.

In 2016, he helped launch Complex Snapchat Discover channel, the fastest growing platform in the history of Complex Networks.

To anchor the West Asia and North Africa region, Empire has partnered with Canadian-Lebanese superstar Massari, who recently released I See The Dream with Ali Gatie in coordination with the World Food Programme. In addition, Empire is developing Palestinian artist Elyanna, who launched in 2020 with her self-titled debut EP that’s since amassed millions of streams.

When I started Empire, the goal was always to bring music and culture to a global audience

“It’s the beginning of the future for the music industry, a genreless and borderless era,” said Suhel Nafar. “Artists and fans are connected more than ever, it’s not about the language the song is in or the platform the music is delivered by but about the music, the artists, their story and their teams.

“After working on different sides of the music industry, researching artists growth and studying data, I saw that Empire was where it’s at. They’re not just distribution, label or publishing company – they’re partners with their artists, supporting their growth and with a goal to change the music industry to be the best for creators and culture.”

“When I started Empire, the goal was always to bring music and culture to a global audience,” said Ghazi Shami, CEO and founder of Empire. “Establishing our footprint in West Asia and North Africa is incredibly humbling for me as my family is Palestinian.

“Suhel is the perfect fit to spearhead our efforts in the region and more importantly, bringing West Asian and North African music and culture to the world. His knowledge and respect in the music community is unmatched and we look forward to having him on the team.”