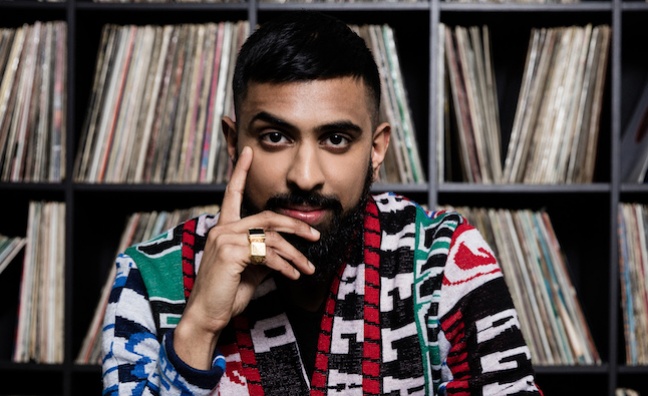 Entertainment One has appointed Dushiyan Piruthivirajah as head of music supervision & sync UK.

The appointment expands the company’s music supervision reach into the UK market and continues to drive sync strategy for eOne outside North America.

Based in London, Piruthivirajah will lead music supervision efforts for the UK and European territories for eOne’s record label and publisher. He reports to Sean Mulligan, eOne’s VP creative, music, based in LA. In this position, Piruthivirajah will work across eOne’s TV and film productions as well as third-party producers.

Mulligan said: “We are thrilled to have a licensing and supervision specialist lead our UK team in support of our productions across our various divisions. Dushi’s vast expertise as both a licensor and licensee, working with major broadcasters and indie filmmakers, is a huge asset to the global team.”

Piruthivirajah said: “I've always been passionate about supervising TV and film productions to help bring a director's vision to life through music as well as spotlighting new artists for sync placements and getting them out to the world. I'm humbled and thrilled to work with Sean and the entire team to uncover new levels of collaboration that brings the creative dynamic between artists and content producers closer.”

Having kickstarted his sync career in 2012 at the BBC’s in-house music department, Piruthivirajah’s role involved overseeing music placements and clearances across all BBC Entertainment productions, including Top Gear, Doctor Who and The Voice, among others. He joined the BBC’s Project Management Office in early 2015, contributing to key planning and strategy work for the launch of BBC Studios.

In late 2015 he returned to sync, joining Audio Network as a music consultant, where he spent five years overseeing creative music placements and licensing for All3Media, EndemolShine and BBC and ITV drama production teams. Successful syncs include The Night Manager, Marcella, Bodyguard, Idris Elba’s directorial debut Yardie and the largest Netflix UK film acquisition at the time, Been so Long.

The music team is working daily with all divisions of eOne to music supervise, compose music, release soundtracks and place eOne’s music in content across the entire business.