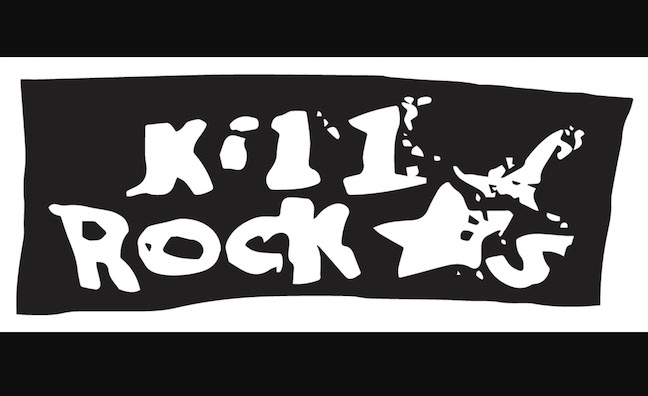 Exceleration Music is forming a strategic partnership with the US independent label Kill Rock Stars.

Under the deal, Exceleration has acquired the Kill Rock Stars’ catalogue, and has formed a new partnership with founder Slim Moon to amplify the label’s new release programme.

Moon will continue to handle A&R and will be actively signing and developing new artists. Exceleration and Moon will also collaborate on marketing initiatives designed to ensure Kill Rock Stars’ “culturally significant musical legacy is celebrated and kept active in the fast-changing market”, according to the announcement.

Founded in Olympia, Washington in 1991 to release spoken word and music by Moon’s friends in the Pacific Northwest underground music scene, Kill Rock Stars initially focused on female artists such as Bikini Kill, Bratmobile and Heavens to Betsy, who defined the globally impactful Riot Grrrl movement.

Over its 30-year history, it has launched the careers of artists as diverse as Miranda July, Elliott Smith, Sleater-Kinney, The Decemberists and the Gossip.

Between 2006 and 2019, the label was run by Moon’s wife Dr. Portia Sabin, now president of the Music Business Association, who broadened the roster to include recordings of stand-up comedians such as Cameron Esposito, W. Kamau Bell and Hari Kondabolu, while also signing artists including Horse Feathers, the Thermals, and Thao & the Get Down Stay Down.

The deal is the latest in a series of investments and partnerships from Exceleration Music, whose fast-growing roster includes the strategic venture with Los Angeles label SideOneDummy, as well as the acquisition of maverick indie label Bloodshot Records, and an alliance with the Justin Townes Earle estate announced in 2021.

Kill Rock Stars founder Slim Moon said: “I am grateful and excited that this opportunity came along. Exceleration’s team and vision is a perfect match for Kill Rock Stars. We’ll be able to do even more to support our artists while staying true to the core values KRS was founded on. This is a great situation for our current and future artists, as well as for the KRS catalogue."

Dr. Portia Sabin added: “I’ve known Glen, Amy, Dave, and Charles for years and I trust them to have the skills and knowledge as well as the best interests of our label and the independent marketplace at heart. I’m thrilled that Exceleration exists and provides an option for labels who want to stay independent at this time when there’s so much change in our industry."

Exceleration partner Glen Barros said: “Kill Rock Stars is one of the quintessential indie labels. Slim and Portia have followed their hearts – and ears! – in building a wonderfully diverse imprint that defies definition but still manages to convey a crystal-clear identity.  And they’ve built it with complete integrity. We are incredibly grateful that Kill Rock Stars will be joining us here at Exceleration and can’t wait to see what Slim has in store for the future. We look forward to working with him in building the next phase of this fantastic label.”

Exceleration partner Amy Dietz added: “The Riot Grrrl movement and Elliot Smith’s music have played an integral and inspiring role in my life. Those artists, and what they stood for, led me to discover many more extraordinary, genre defining and defying artists on the Kill Rock Stars label. The deeper I dug, the more I came to appreciate what an extraordinary community that Kill Rock Stars built, and continue to build around their singular vision and values.

“I admire that they have been fierce advocates for the independent community as a whole, putting people first and always remaining artist friendly, which aligns very much with our core values at Exceleration. Their enthusiasm, passion and creativity are unparalleled, and infectious, and we couldn’t be more excited to have the opportunity to work with this amazing catalogue and to collaborate with Slim, Portia and the whole KRS team in this next chapter. The future is very bright!”