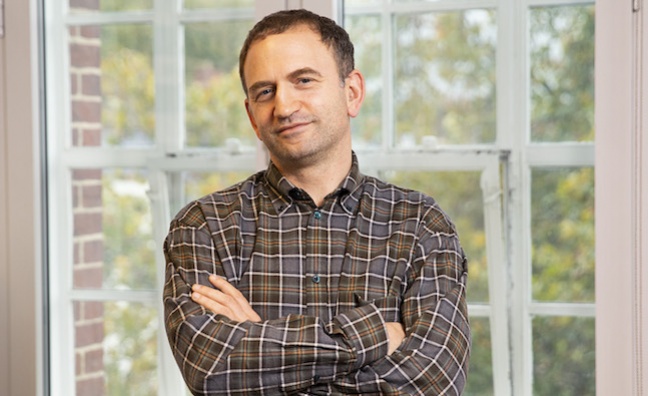 Ferdy Unger-Hamilton is out at Columbia Records UK.

The experienced A&R exec and label boss is leaving his role as president of the label after six years. Unger-Hamilton is exiting alongside Manish Arora, Columbia MD.

Columbia has had the biggest UK album for the last two years. Harry’s House by Harry Styles is currently out in front this year with six weeks to go (413,094 sales - Official Charts Company), while Adele’s 30 finished on top last year and is now on 753,770 sales. The Adele album campaign was victorious at the Music Week Awards.

Columbia recently secured an albums chart hat-trick of the Top 3 (Robbie Williams, Ozzy Osbourne and Harry Styles) - a first for a label in decades.

Unger-Hamilton has had success with domestically-signed acts including Rag ‘n’ Bone Man, Robbie Williams, Kasabian and George Ezra, whose 2018 album Staying At Tamara’s is 1,256,233. Ezra’s 2022 follow-up Gold Rush Kid peaked at No.1 in June and has sales so far of 128,053.

“I think George broke the mould of being a traditional singer-songwriter on the last record and became someone that appeals to all demographics,” Unger-Hamilton told Music Week earlier this year.

International acts to top the UK charts for Columbia in the last two years include Foo Fighters, Kings Of Leon and Arcade Fire.

In terms of market share, Columbia was in sixth place (6.7%) last year based on the OCC’s All Music All Albums metric.

Prior to his appointment at Columbia, Unger-Hamilton was president of Polydor for seven years, where he worked with artists including Ellie Goulding, Lana Del Rey, Haim, The 1975, Years & Years, Michael Kiwanuka and Take That.