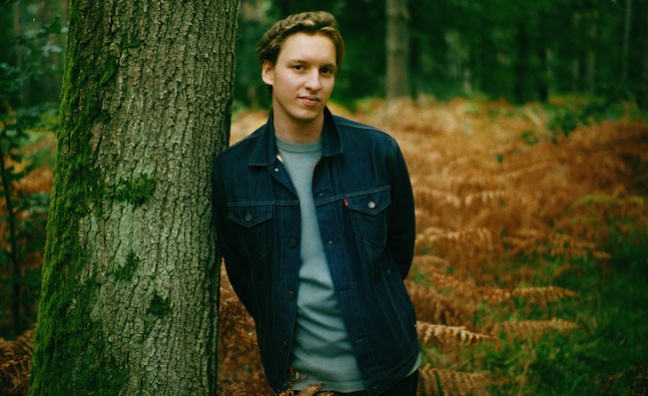 Columbia Records had the biggest album of 2021 with Adele’s 30.

Now the label has a contender for this year’s top release in the form of a new LP from George Ezra. The current Music Week cover star releases Gold Rush Kid on June 10.

Lead single Anyone For You has already made No.1 on Radiomonitor’s UK radio airplay chart. The track is steadily climbing the Official Charts Company singles rankings, and is pushing for a Top 20 finish.

Speaking in the latest issue of Music Week, Jason Iley, chairman and CEO, Sony Music UK & Ireland is excited about the return of one the major's biggest artists.

“I’m so happy to see George return with new music this year,” he said. “Everything he has accomplished to date is a credit to the care, thought and hard work he puts in. He is such a warm, funny and genuinely great person – and that shines through in his music, and with everything he does.”

Columbia president Ferdy Unger-Hamilton told Music Week that there is no understating Ezra’s importance to the major.

“He works on every format and is hugely successful all the way across the market on any metric that you care to use,” he said.

Unger-Hamilton said the label’s intentions are for Gold Rush Kid to be every bit as successful as Staying At Tamara’s.

“I think George broke the mould of being a traditional singer-songwriter on the last record and became someone that appeals to all demographics,” he added.

Alex Eden-Smith, Columbia’s director of marketing, is not complacent when it comes to future success.

“It’s about how to keep relating to the next generation who weren’t around when George put his first record out, who perhaps don’t know Budapest,” he told Music Week. “A lot of people know and like George, but a lot of those people come on board for a couple of singles. From a marketing perspective, how do you bring those people into the deeper level of the album and his world? That’s what we’re always trying to do.”

Eden-Smith said that the label will be putting Ezra’s personality and musicality at the centre of things.

He is such a warm, funny and genuinely great person – and that shines through in his music

As well as plans for DSPs, Ezra has now embraced TikTok. Other plans include the expansive and immersive Gold Rush Kid website, a weekly journal and newsletters for fans to sign up to, as well as stems from the singles being made available to remix.

His second podcast series, Phone A Friend, followed a successful outing with George Ezra & Friends, which set the standard for artist podcasts.

“George has always been very good at social interaction and putting himself out there to his fans in a way that people can relate to,” said Eden-Smith. “I think our job as a label is to make sure people are seeing that stuff and that we’re creating enough of the right content to get that across to people.”

Ezra will potentially reach new as well as existing audiences with his documentary, End To End. Part-financed by Sony Music, the film features Ezra walking 1,200 miles across 95 days from the most Southerly point of England, Lands End, to the Northern tip of the UK, John O’Groats.

Subscribers can read our interview with George Ezra here.