Ferdy Unger-Hamilton on the return of Rag'N'Bone Man 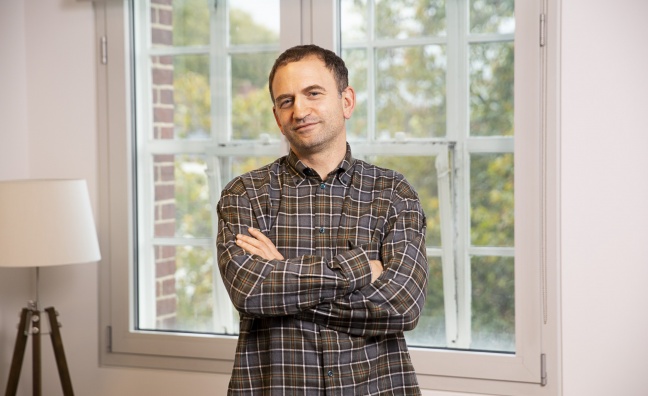 Ferdy Unger-Hamilton has underlined the importance of Rag’N’Bone Man’s return in an interview with Music Week.

Rag’N’Bone Man stars on the cover of the new issue of Music Week, out now, and we catch up with Rory Graham and his team in an exclusive interview. In the full story, which subscribers can read online here, we hear from Sony Music UK chairman & CEO Jason Iley, Unger-Hamilton, senior A&R director Julian Palmer, Warner Chappell’s Amber Davis and Polly Comber and Josh Tieku-Smith of Blackfox Management.

Graham told Music Week the intimate story of Life By Misadventure, which is due on April 23 on Columbia. Graham and his long-time musical director and band member Ben Jackson Cook worked on the songs in London initially, before embarking on several trips to Nashville, where they worked with Allen Shamblin, Mike Reid, Natalie Hemby and more.

The record’s first single, All You Ever Wanted has 3,062,053 streams on Spotify and 1,559,145 YouTube views. Those are impressive numbers, and many in the industry are expecting figures for the record to grow and grow.

Back in 2017, Human set records for Rag’N’Bone Man, who has BRIT and Ivor Novello awards to his name, not to mention millions of sales. His Human single is currently on 1,255,394 according to the Official Charts Company, while the single is on 2,192,066.

Here, Unger-Hamilton looks ahead to the follow-up campaign…

What are your hopes for the Life By Misadventure campaign?

“You’ve had this huge worldwide hit and you want people to find out more about Rory. He is a big admirer of songwriting, a student of songwriters. I first met him when we were trying to sign him to Polydor and he was talking to me about Leon Russell and people like that, Holland-Dozier-Hollan. He’s just a big student of songwriting and music and I think the songs really come through as the strong part of this record. It’s really about people knowing more about him and what he does and how he likes to ply his craft.”

How pleased are you with the album?

“I think it’s staggering. Really moving, beautiful, personal songs, which I’ve never asked him about but I can feel it from the record, there’s just some really great songwriting on it and his voice sounds incredible. I was so happy about it. It was almost done under the radar, he went to Nashville to do it and then it was lockdown. I remember going to the studio to hear it and when people play you records and you don’t know what they’ve been doing for the last few months it’s always slightly anxiety-inducing, but I was absolutely grinning from ear to ear. At a really difficult time it was really uplifting.”

Looking back, just how big a deal was his breakthrough with Human?

“It was a proper worldwide break, you know, it went everywhere and it was one of those ones that went as good as you could have hoped it to. We had a huge song everywhere and a big album. He’s got to follow up what he’s done and I feel like he’s done himself proud.”

“It’s great. Rory is quite a quiet, insular guy but he has a high bar. He’s quietly following his dream and knows exactly what he’s gonna do. My experience of music is that no one really got here by accident. Musically, Rory is really reaching for something and I think he’s got there on this record for sure.”

How important is it for the industry to have him back?

“How many global artist breaks are there, and how many are there out of the UK? There’s not many and if we’re not reaching for that, what are we doing all day? I love a banger as much as the next person, but trying to develop an artist who has a career and makes a tangible imprint on the canon of music is what it’s all about and what we’re all trying to achieve. Rory is lucky enough and we’re lucky enough, that he’s made one step on that road and here goes the second one. As the landscape becomes more fractal and it’s more of a global competition, it doesn’t get easier. It’s harder. We are even more appreciative of having any possibility of global artist breaks.”