Kobalt Music Recordings reveal the secrets of their most successful campaigns 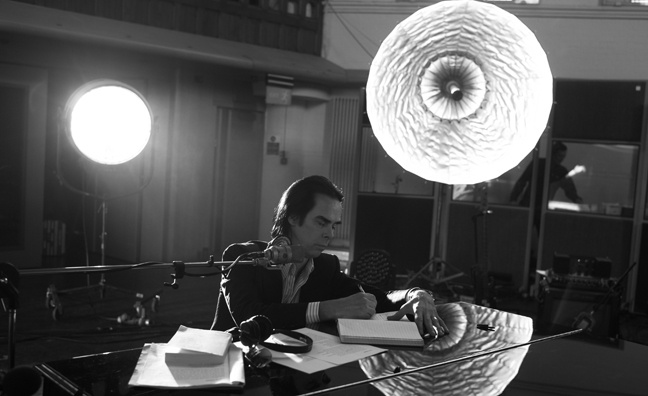 In the new issue of Music Week, we speak to leading label services companies to conduct a very special report looking at the sector's ever-evolving role in the industry. One of the key companies involved in the discussion is Kobalt Music Recordings. Established back in 2012, Kobalt started its life as a destination for independent artists seeking an alternative to the traditional record label model. The last 12 months in particular have been hugely successful for them. Here, Paul Hitchman, president of Kobalt Music Recordings, talks about four of their key campaigns and what Kobalt brought to proceedings.

Nick Cave & The Bad Seeds
"Nick Cave & The Bad Seeds launched their new album, Skeleton Tree, in September 2016, to unparalleled critical acclaim. The album was launched with an accompanying film, One More Time With Feeling that premiered the night before the release of the record. Despite the unusual set up with no music sent to any media prior to release, the album charted No.2 in the UK (Nick’s highest UK chart position) and hit No.1 in 8 countries with a further 11 Top 3s globally. Delivering a global campaign launch, fulfilling Nick’s vision for the accompanying film to be the first time anyone heard the album, was achieved with strong global coordination with cinema chains, resulting in more than 1,000 cinemas showing the film on the night before the record release."

David Gray
"David Gray’s new Best Of album was launched with the world’s first dynamic playlist in partnership with Spotify – 'Best Of David Gray Weekly'. We created proprietary technology integrated with Spotify’s API, so that the playlist is updated on a weekly basis based on Spotify users’ listening trends. We thereby reinvented the Greatest Hits concept for the streaming era, from the traditionally static and predictable compilation to a dynamic and ever changing format. The October 2016 release was supported by a substantial traditional marketing campaign to complement the digital innovation including TV, billboards, print and online advertising and was racked in supermarkets in the UK. David also appeared on Radio 2 shows with Jo Wiley and Dermot O’Leary and the BBC2 Arts show, plus performed live on Jimmy Fallon in the US."

Pet Shop Boys
"Pet Shop Boys returned with their 13th studio album, Super, in April 2016. The album charted at No.3 in the UK and Germany, and a further 8 Top 10s and 4 Top 20s around the world. The album launch was made into an event with billboard posters around the world driving people to a website with a super countdown. This excited the fanbase that something was coming and the billboards generated further mainstream interest and secured widespread media coverage. The launch of the release was supported by a pop up superstore in Shoreditch with queues around the block. The Superstore won two awards at the Field Marketing and Brand Experience Awards - Gold in the ‘Most Effective Tactical Campaign’ category, beating brands such as M&S Rosie, Rockstar Energy Drink and Hop House 13; and a Bronze award for the ‘Most Effective Product Launch’ beating the Samsung S7, Air New Zealand and Bank Of China nominations to third place. The band also appeared on mainstream TV and radio - Graham Norton TV, a Chris Evans Radio 2 takeover, and a Radio 2 documentary with four 1-hour specials on the band."

Frank Carter & The Rattlesnakes
"Frank Carter & The Rattlesnakes’ recent album Modern Ruin charted at No.7 in the UK album chart, a remarkable result for a rock record. We orchestrated a very successful press and radio campaign for the record. We also created a pop-up shop at Sang Bleu Tattoo that included a display for Frank’s paintings, exclusive merch, CDs, books and vinyl, a screen displaying a new video charting the bands story through 2016, and Frank tattooing fans. We maximised the potential of Facebook Live video to create excitement around the release of the record, including a live secret show from The Social which announced the album, plus we live streamed our entire release day at the Modern Ruin pop-up shop which ended in a raucous show."