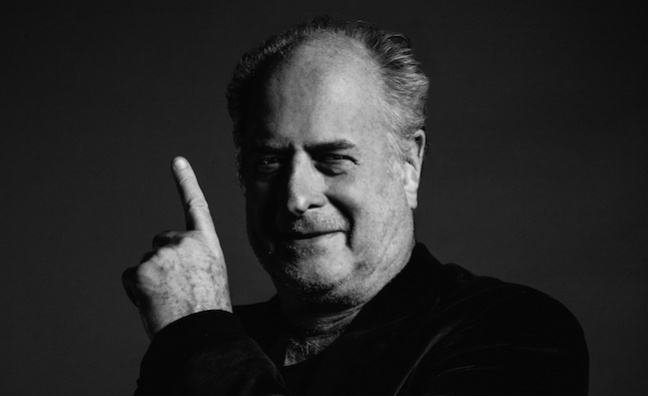 Mushroom Group chairman Michael Gudinski has died aged 68. He passed away on March 1 at his home in Melbourne.

An influential figure in the music business for five decades, Michael Gudinski was described as the godfather of Aussie music.

In a statement, Mushroom Group said: “It is with profound sadness that we announce the passing of Michael Gudinski AM overnight. The much-loved Australian music legend died peacefully in his sleep at his home in Melbourne, Australia.

“Michael Gudinski was a key figure in shaping the Australian music industry. He founded the Mushroom Group in 1972 at just 20 years old, which flourished into Australia’s largest independent entertainment group covering touring, record labels, publishing, merchandising, booking agencies, film and television production and creative services. Some of Australia’s most iconic albums have been released under one of his Mushroom Group record labels. His touring company Frontier Touring is Australia’s leading promoter, touring the biggest names in global music since its inception in 1979.”

Gudinski established a Mushroom UK office and new label Infectious Records, which enjoyed global success with signings such as Ash, Muse, Peter Andre, Garbage and Kylie Minogue. He sold up to Rupert Murdoch in the late ’90s but retained the Mushroom Group name.

MICHAEL GUDINSKI - Legend. Legacy. LOVE. A Titan of the music industry. One of a kind and forever family to me. My heart is broken and I can’t believe he’s gone. Irreplaceable and unforgettable, I’ll always love you ‘The Big G’. pic.twitter.com/vCk8BcpZbR

A statement on the death of our great Australian promoter, Michael Gudinski. pic.twitter.com/4fJdY8n7Eb

Today the heart of Australian music was ripped out. I felt it, my family felt it, the music business felt it , the world felt it. Michael Gudinski was not only that heart but he was my friend. (Tweet 1/5) pic.twitter.com/Mcck1GOcrX

Thank You Michael Gudinski for giving us and countless others the best night of our lives. Over and over again. A true fucking legend. We will miss you dearly. Rock & Roll will miss you deeply. pic.twitter.com/uRLCulkk4n

Rock on you fucking freak. We love you so much Michael Gudinski - you total legend. Going to miss you like a limb. You were the best. The last of your kind. Our sincere condolences to Sue & the kids, all your artists, your many mates and your beloved Australia. Love you forever. pic.twitter.com/dOMKWkf9x2

RIP Michael Gudinski. Seems almost impossible. A towering figure on the Australian cultural landscape.
I’m not sure we ever agreed on anything, except maybe @edsheeran . Still didn’t stop us from being mates for 30 years. I’m going to miss him deeply. My love to his family.

Most recently, with the music industry severely impacted by the Covid-19 pandemic, Gudinski conceptualised and developed Music From The Home Front, The Sound and The State Of Music, platforms designed to showcase and support contemporary Australian music.

“Michael was renowned for his loyalty and dedication,” added the Mushroom Group statement. “His ability to achieve the unachievable against unsurmountable odds was proven time and again and spoke to his absolute passion for his career and life.

“Michael’s family loved him immensely and Michael in turn adored his wife Sue, son Matt and partner Cara, daughter Kate and husband Andrew and their children Nina-Rose and Lulu. They meant everything to him, and he was immensely proud of them.  Michael often referred to his 200+ staff as the Mushroom Family, with many having clocked decades in his employment.

“Michael’s legacy will live on through his family and the enormously successful Mushroom Group – an enduring embodiment of decades of passion and determination from an incredible man.”

Sarah Liversedge Platz, director A&R at Bucks Music Group, which represents Mushroom in the UK, said: "Losing Michael is a massive blow to all of us at Bucks Music Group. He has been such an inspiration over the last few years – his enthusiasm was infectious. A big ‘Michael’ memory of mine is when he came to Glastonbury a few years ago to support Kylie with her headline show. He took the time out of his busy schedule to meet us and see one of our Bucks artists, Life, perform in the PRS For Music hospitality tent. A man with a big heart, so much energy and so much love for music. We send our deepest sympathy to his family and to all our friends at the Mushroom Group family."

Anette Barrett, IMPF president, said: “It is with deep sadness we mourn the loss of Michael Gudinski. A great innovator, supporter and character of the independent music business, he will be sorely missed. RIP Michael."