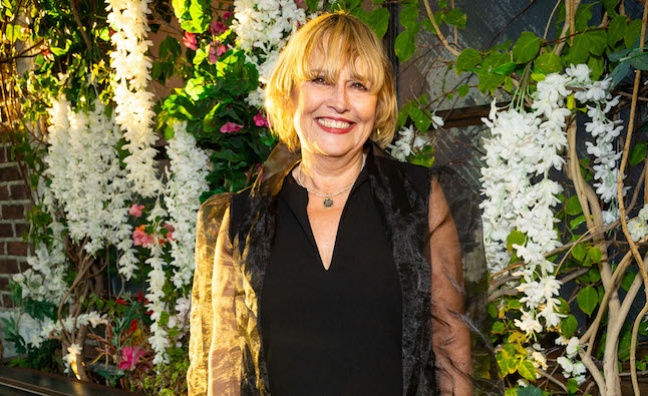 The Independent Music Publishing Forum (IMPF) has announced that Annette Barrett is now the organisation’s president elect and chair of the board of directors.

As MD of Reservoir UK, Barrett is a prominent figure in the sector and across the industry internationally. In a statement, IMPF said she will “bring valuable experience to the Forum, particularly as it grows and consolidates globally”.

She will take on the role of president at the upcoming general assembly being held in Stockholm in March 2020.

"Annette was a founder member of the Forum and together we have overseen its growth and programming since its inception,” said Pierre Mossiat, president of IMPF. “Having a strong advocate is of huge importance to independent music publishers and having Annette as the incoming president is a tremendous advantage for all of us.”

IMPF described Barrett as an indie publishing exec with an “outstanding reputation globally, both as a champion of songwriters and publishers”. The organisation is seeking to further strengthen the collective, and give a voice to the wider industry value chain.

Consolidating our outreach to like-minded organisations internationally will be a key tenet of our strategic direction, as we continue to build the IMPF community

Barrett said: “I am delighted to take up the presidency role and thank Pierre who has done such a great job to get the Forum to this point. I look forward to working with Pierre and the rest of the board of directors to further grow the Forum globally, so as to directly meet our members needs in the different continents where we are engaged: Africa, Asia Pacific, Europe, the Middle East and North and South America. Consolidating our outreach to like-minded organisations internationally will also be a key tenet of our strategic direction, as we continue to build the IMPF community.”

At reservoir, Barrett has signed and worked with songwriters including Nitin Sawhney, Jamie Hartman, Pete Gordeno and Cutfather.

She began her career in music publishing 30 years ago, in the copyright department of UK-based independent Carlin Music.

Barrett worked her way up to the role of international director at Virgin Music. She moved on to become the executive director of international repertoire at Warner Chappell, where she was the first woman ever appointed to the company’s board of directors.

She was inducted into the Music Week Women In Music Roll Of Honour in 2017.

Over the course of her career, Barrett has signed and worked with songwriters and recording artists including David Bowie, George Michael, Elton John, Eric Clapton, Madonna, Prince, Sting and The Police.