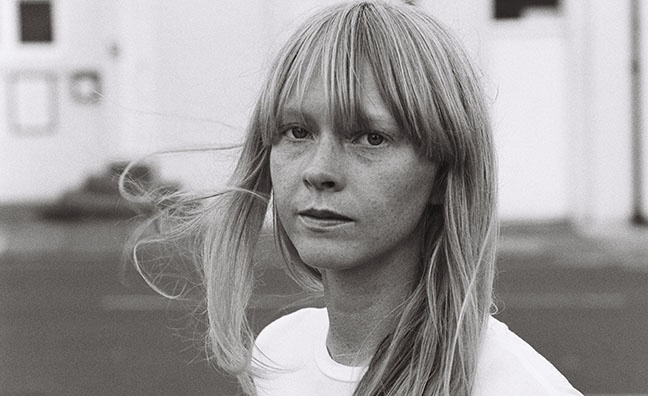 Lucy Rose has launched Real Kind Records, her own label in partnership with Communion.

The folk artist has also announced that US singer-songwriter Samantha Crain is the first signing to Real Kind Records. The label releases Crain’s new album, A Small Death, on May 1.

The move by Rose to support other artists follows her evolution from major label act into the indie world in partnership with Communion. Fourth album No Words Left made the Top 40 last year.

“Like all musicians, I've always felt interested and passionate about other musicians and the art that's constantly being created,” said Rose. “Choosing support acts for my tours is always so exciting for me, to take a musician that I really care about and admire on the road with me and hear them play every night, fills me with such happiness.”

The label deal for Crain came about after she toured with Rose last year.

“This album that she had self-produced and made in her home of Oklahoma was one of the best albums I had heard in years, maybe ever,” said Rose. “I was so excited and thrilled for her but as we talked more it became clear that Samantha wasn't sure of how she would release the album.

“I spoke to Communion Records, my label, about Samantha and her album and they gave me this great opportunity of starting my own label as an imprint under them, so I could release Samantha's album. I couldn't believe it!”

I have real ambition for Samantha and this album

Crain plays a one-off date at the House of St Barnabas on March 4.

“Around the time that I finished this record, I became re-acquainted with Lucy,” she said. “We had met before a few years back on a broadcast of Loose Ends on BBC Radio 4 and at one of my London shows the previous year, but she had asked me to support her on a tour and I immediately felt a kinship with her – not only because of our shared navigation of being a woman in the music industry but I was also floored by her artistic integrity and her ability to adroitly manoeuvre herself, intelligently and clearly, through the business of it all too.

“I feel so honoured to be the first release on Real Kind Records and believe in Lucy and her vision as much as she believes in mine.”

Rose added: “It has been one of the most exciting moments of my life. Samantha Crain is one of the most talented, genuinely inspired artists I've ever come across and to work with her is truly an honour. When it came to setting up the label, I knew that what was most important to be was that the artists needs came first, artist-friendly deals, and at the forefront of what I wanted to achieve was that Samantha enjoyed every moment of releasing this album.

“I have real ambition for Samantha and this album. It's such a profound and intelligent album, musically and lyrically. I'm so grateful for the braveness she has shown in doing this. It's a deeply personal album and one that I will continue to listen to and enjoy for all the years to come. I hope many, many more people will too.”