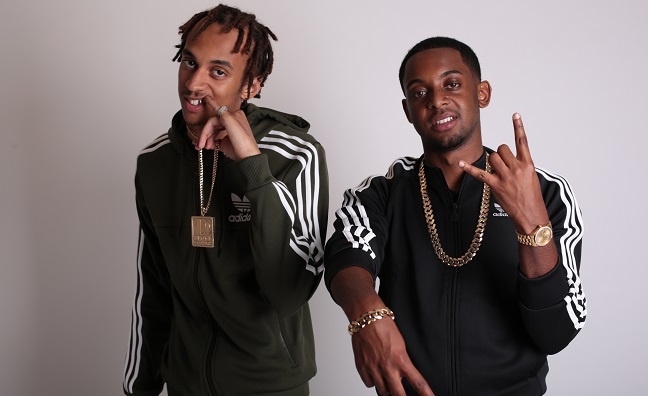 D-Block Europe have crashed into the Top 5 with their new mixtape, PSTD. Opening at No.4, it has week one sales of 14,320, according to the Official Charts Company.

In the latest issue of Music Week, Caroline International’s UK head of urban Colin Batsa opens up about the rise of the UK rap duo.

UK label head Nicola Spokes predicted that PTSD will “run and run through to Christmas”. The duo have sold out two dates at Alexandra Palace next month.

“They’re such exciting artists – the pioneers of the new wave of independent artists creating their own super-engaged audience via social media and streaming – we’re thrilled to be partnering with them on another tape,” she told Music Week.

While D-Block Europe is a streaming-led release, Caroline International has also lined up big Q4 physical records, including Van Morrison’s Three Chords And The Truth and the 7-CD edition of Underworld’s Drift project.

Physical product really should offer the fan something special

“It’s very important to offer the best product you possibly can in a consumption age based less on ownership and more on access,” said Caroline International sales manager Rob Watson. “Physical product really should offer the fan something special – be it through additional content such as booklets, posters, prints; or through its collectability - signed copies, limited format runs, colour variants of vinyl and cassette can all promote healthy sales.

“The vinyl market has been particularly strong in recent years through its innovative formatting and use of methods such as colour variants. We are now beginning to see attention given to CD formatting through deluxe sets, which can only be good news for the format and fans.”

Watson also noted the shift in release strategy around Q4, with labels and artists

“There has clearly been a change in recent years as the streaming market reaches new heights and it takes longer to break artists,” he told Music Week. “It’s healthy to have a more evenly spread release schedule through the year for retail. And if you have a quality album from an artist that can deliver a strong sales peak in Q4 as well as deliver robust sales from release, that is a perfect scenario for everyone.”

To read the full interview with Colin Batsa on D-Block Europe, subscribers can click here. And pick up the latest Q4 special issue for your indispensible guide to this year’s blockbuster releases.