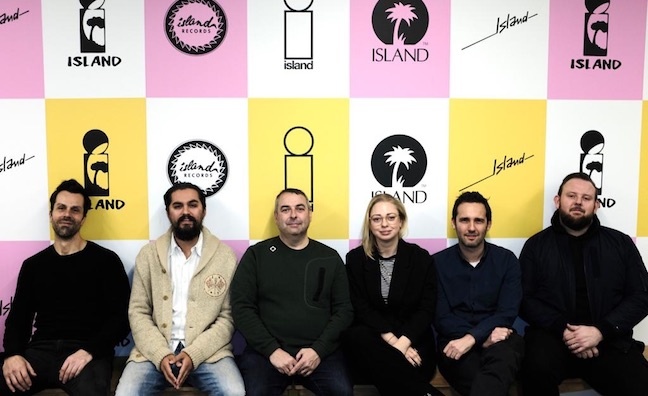 Dance music management duo Sergio Bienati and Kevin Harris have teamed with Island Records on a new label, The Cross.

The pair represent some of the biggest names in the genre, including Meduza, James Hype, Chuckie, Goodboys and Josh Good.

Based out of London, The Cross is a label partnership with both Island Records label in the UK and Virgin Records Germany.

The Cross will be the new home of Meduza, the Grammy-nominated breakout dance act of 2019. Their global hit Piece Of Your Heart (Polydor) racked up over a billion streams across all platforms. It peaked at No.2 in the UK and has sales of 1,153,061, according to the Official Charts Company.

The new imprint has also confirmed the signing of platinum-selling DJ/producer James Hype. The Cross will specialise in dance music, but will not be exclusive to the genre. The partnership will also bolster Island’s burgeoning dance roster which also includes Disclosure, Weiss, Boston Bun and Picard Brothers.

The label will work closely alongside president Louis Bloom, Island co-head of A&R Daniel Lloyd Jones and A&R manager Callum Ross, all of whom were involved in securing the deal.

Lloyd Jones said: “Sergio and Kevin are relentless in their pursuit for big crossover dance records and their success with Meduza is testament to that 24/7 work ethic. The Cross is a huge addition to our team and our focus in the dance arena.”

Bienati and Harris added: “We have been very impressed and inspired by the vision of Louis and the team at Island records, a vision that matches our own. Our disruptive nature as a company is not to accept the status quo of how the music industry should operate, this is just one of the fundamental reasons for the imprint. Daniel and Callum are key players in the mission to develop and shape dance music globally, we are proud be part of this team and thank Louis for the opportunity to work with Island Records on such a landmark project. Props should also go to Daniel Schmidt and Arina Logacheva from Virgin Germany, we feel having both these labels working with us at The Cross is a music journey we and our clients are excited to be part of.”

Bloom said: “Dance music has always been a major part of the Island story and with Serg and Kev bringing their knowledge, passion, enthusiasm and incredible artists to the label, we are looking forward to a hugely successful partnership.”

Daniel Schmidt, VP, Virgin Records Germany, said: “We started this amazing journey in the end of 2018 and I´m very happy this successful relationship will continue together with Serg and Kev, Louis and his team and most importantly with the stunning artists involved. This cooperation is a perfect example of how partners team up to provide the best possible set up in a global music market.”