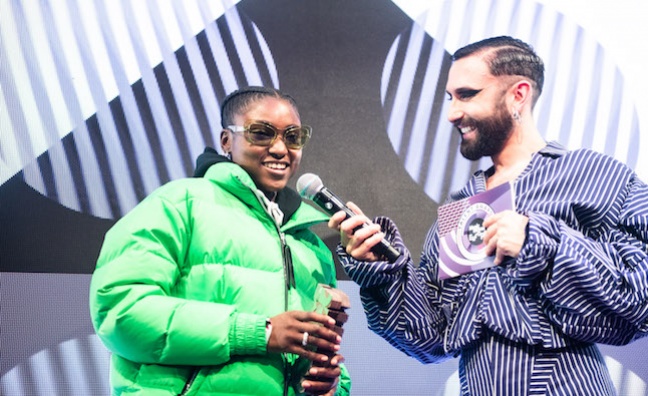 The winners have been unveiled for the Music Moves Europe Talent Awards. Read on

Nominees for the awards included Fontaines DC, Au/Ra, Perfect Son, Beast In Black, Charlotte Adigéry, Tribade, Hugo Helmig and Kimberose. All nominees received an online campaign budget of €750 and were invited to perform at ESNS, the biggest European showcase festival.

The eight winners were revealed during the award ceremony hosted by the Austrian singer Thomas Neuwirth at the Stadsschouwburg in Groningen, the Netherlands.

Each nominee performed as a part of the ESNS (Eurosonic Noorderslag) showcase programme in Groningen.

Each winner selected by the jury receives €10,000, funded by the EU programme Creative Europe, to be spent towards promoting their international careers. A total of €7,500 of the prize package covers expenses for promotion and/or touring. Additionally, winners get a business package worth € 2,500 on targeted training provided by partners from the music industry, including the live sector (Liveurope, Yourope and Live DMA), the recording industry (IMPALA and Digital Music Europe), the International Music Managers Forum (IMMF) and co-organisers of the awards, Reeperbahn Festival and ESNS. The European Music Exporters Exchange (EMEE) helps the winners navigating through this list of tailored services.

Since the nominees were revealed at Reeperbahn Festival, fans across Europe were able to choose their favourite emerging European artist through an online vote. The Public Choice Award 2020 includes a prize of €5,000 and a filmed live music session at the Deezer Studios in Paris. This is part of the contribution made by Digital Music Europe and is presented by Deezer.

Read our report from the Eurosonic Noorderslag conference in Groningen here.