Partisan's Jeff Bell on Fontaines DC and why indie retail is key for reaching No.1 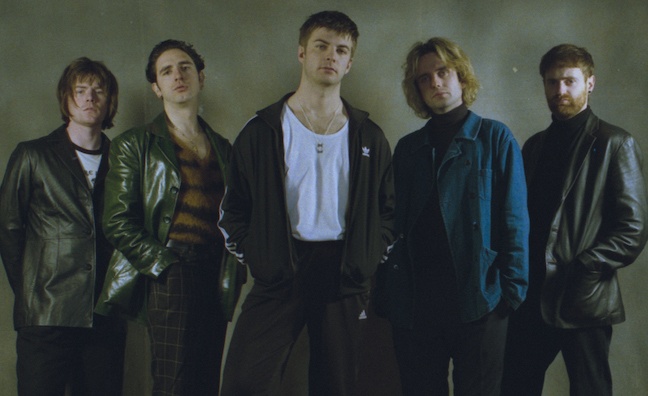 Fontaines DC have their first No.1 with third album Skinty Fia, which opened at the summit on Friday (April 29) with almost 20,000 sales.

It’s the second No.1 album for Partisan Records, following their successful 2020 campaign with Idles’ Ultra Mono. In the same year, Fontaines DC peaked at No.2 with A Hero’s Death, which opened with 19,040 sales has since amassed a total of 47,671 (Official Charts Company).

Fontaines DC also made No.1 in the vinyl albums chart with Skinty Fia, which opened with total sales of 19,983, including 12,387 vinyl copies, 4,262 CDs, 788 cassettes, 919 downloads and 1,626 from streams. It marks another independent LP triumph on the weekly albums rundown, following No.1s from acts including Wet Leg, Don Broco, Central Cee, Stereophonics and The Wombats.

As well as becoming their first No.1 in Ireland, the Fontaines DC album opened with Top 10 placings across Europe, including the Netherlands (No.2), Belgium (No.3), Germany (No.5) and France (No.7).

Partisan is securing big wins in the weekly UK chart despite the challenges indies face with vinyl production. With a market share of 5.1%, the independent label was the fourth biggest corporate group behind the majors for the past week for pure sales of artist albums. It was also fourth in the overall Top 75 market shares with a 9.46% share of albums chart consumption.

Partisan has won the Independent Record Company trophy for the last two years at the Music Week Awards, and is in the running again next month.

Fontaines DC will be taking a victory lap with their North American dates in May, followed by a few UK outstore shows later in the month. The band play UK dates in the autumn including three nights at London’s Eventim Apollo in November.

The campaign has also generated playlist support at BBC Radio 1 and 6 Music.

Here, Jeff Bell, GM of international at Partisan Records, opens up about the development of the Irish band, the challenges for vinyl and why record stores are crucial for alternative music…

How does it feel to have the label's second No.1 album and first for Fontaines?

“It's a great result for everyone involved, especially the band who continue to go from strength to strength. Ultimately it has come down to an incredible record from a genuinely important artist, and everyone at management (Wildlife Entertainment), live (ATC) and the label supporting the band's vision to bring it to life. Definitely one to celebrate, but the team’s focus is very much on what comes next.”

The vinyl sale is above 12,000 - how much planning goes into a vinyl release to secure such a result? How important was indie retail?

“It goes without saying that vinyl production is currently a pain point across the industry, but the added lead time has provided an extra opportunity to really dig in on what's possible with the format and how we're servicing different accounts (this applies equally to digital).

“Indie retail has always been the lifeblood of the independent sector, and will always be part of the story for artists like Fontaines DC and their fans. Being able to partner with stores to allow those fans to experience the band in smaller settings just brings that back to the forefront. That level of interaction is also something that has obviously been missed over the last few years.

Indie retail has always been the lifeblood of the independent sector

How have the band developed on this third album?

“The fact that this is the band’s third album in as many years shows just how fast they’re evolving. And the fact that their identity has come through so clearly in the record - and the campaign - is a testament to the band’s authenticity, both as people and as artists. Fontaines DC will never not be an Irish band, but it’s that level of authenticity that audiences around the world are connecting with.”

Fontaines DC have added a third date at Hammersmith as well as lining up festival shows. How significant is their touring business now in the UK and beyond?

“Anyone that has experienced Fontaines DC live will understand how synonymous it is with their trajectory. After almost two years without shows it’s more important than ever, and Wildlife and ATC have done an incredible job working with the band to elevate it even further. The band have also just arrived in the US for the first time in two album cycles, so we are looking forward to seeing those audiences engage in the same way they have on this side of the Atlantic.”