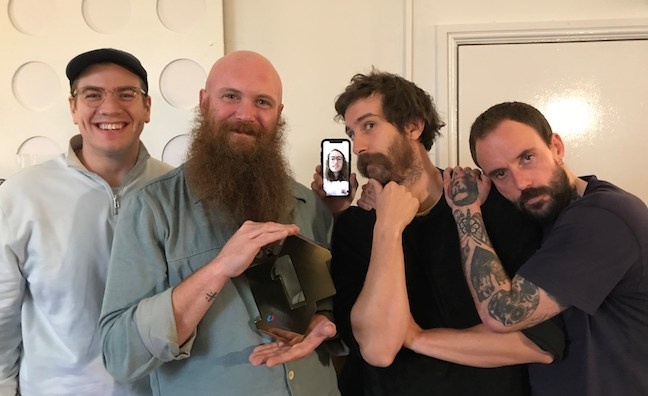 Partisan Records has landed its first No.1 album in the label’s history.

Last month’s Music Week cover stars Idles debuted at the summit with their third album Ultra Mono on Friday (October 2). The release racked up first week sales of 27,182 (23,766 of these physical), according to the Official Charts Company.

“It’s a fantastic outcome for the entire team, and is a tribute to the band’s unwavering vision for this record,” said Jeff Bell, GM, international at Partisan. “For over a decade, Idles have put their fans first at every turn, and to see a result like this, especially in 2020, is the ultimate testament to that.”

Ultra Mono is already Partisan’s fourth biggest seller in the label’s UK sales history. As well as being the label’s first chart-topper, it’s also the band’s first No.1.

Idles are performing the first live set on BBC Radio 6 Music since Covid-19 put a stop to sessions on the network. The 30-minute set at the BBC Radio Theatre will air on Steve Lamacq’s show (4-7pm) today (October 5) and be filmed for iPlayer.

The label came close to their first No.1 in August with Fontaines DC, who ended up in a chart battle with Taylor Swift. The band’s debut Dogrel is Partisan’s second biggest seller (53,639 sales to date).

The Brooklyn-based indie was formed in 2007 by Tim Putnam and Ian Wheeler.