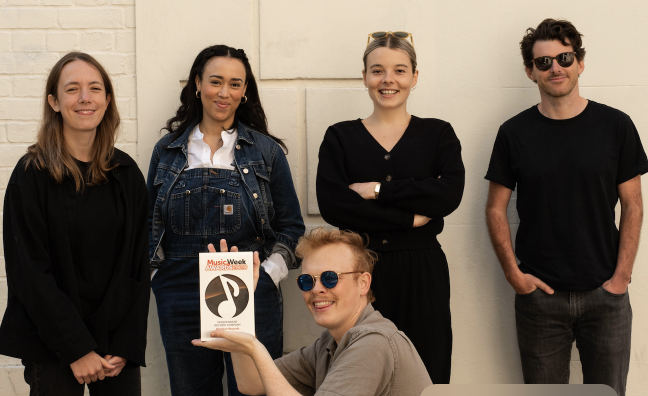 The follow-up to Joy As An Act Of Resistance – which charted at No.5 and landed Idles BRIT and Mercury Prize nominations and a huge Glastonbury slot – is out today, and Partisan are expecting big things.

“Like most labels, it was a question of whether we wanted to keep the album timeline where it was back in March when we went into lockdown and all the uncertainty started flooding everyone’s anxiety,” said GM, international Bell. “Ultra Mono is about being your absolute best in the moment you’re in, and Joe was very up front that to move the album back wasn’t a very Ultra Mono thing to do. We had an audience and platform there we could use and opportunities opened up as more and more releases were getting pushed back so we stuck with it.”

When the album launched, it came with a calendar of single releases and landmark dates leading up to release that fans could sync with their own calendars. Over what would have been Reading & Leeds Festival weekend, Idles played a series of livestreamed concerts from Abbey Road.

In revealing the rollout as they did, Bell said the team “laid down the gauntlet” and they’ve stuck to the plan all along. Here, Bell and international product manager Rumbold take us into the heart of the campaign…

So, what’s the Ultra Mono story been like so far?

Jeff Bell: “The big difference is no live. For a band that built their audience one fan at a time over the course of the better part of a decade, we haven’t had that this time. We’ve got the luxury of a bigger audience. I don’t know if I’d call this a luxury, but what we have that we don’t usually is much more access to the band because they’re not on the road, it’s made a good landscape for them to get creative in how they’re making content. We’re able to utilise each member of the band in a different way than usual and focus on getting more material out. The live side is where Idles fans commune and really experience Idles together, so we’ve had to find ways round that, but you can put that in both the challenge column and the opportunity column.”

Is there more pressure to succeed this time round?

Ellie Rumbold: “I would say there is. The last campaign was incredibly special, everything we did was a win, there weren’t necessarily super-strict or locked in expectations, but every week there was something, an A-list on 6 Music, a playlist on Radio 1, Soccer AM, Jools Holland, the chart position, Glastonbury… It was really good. Now we’ve set the bar, but it’s a good pressure though. It’s not a bad thing. Everyone’s got high expectations.”

JB: “We want to push past the sales figure for Joy… but at the same time, 2020 has rewritten all the rules so it’s hard to know what the benchmarks are or will be, so while there is the specific pressure of delivering growth, in some ways it’s more difficult to quantify. We’re seeing engagement though, we just had a Radio 1 playlist, the preorders were better, the tour announce was really exciting and we tied a preoder mechanic into that to drive some more sales. The record the band have delivered is bigger, the songs are more accessible, they’re stadium-ready, so it’s about us engaging the community, consolidating it, finding new fans and sustaining it through to when we can celebrate these songs together.”

ER: “I love working with Idles. Something I noticed on the last campaign that has been there ever since is the sense of community and teamwork. It’s like a family. Mark [Bent]’s sister Natasha is the agent and Mark and Lucy manage together and are obviously married. It’s so lovely. The whole team, Partisan, the agent, management, promoters, everyone, we work so well together. It’s very collaborative. We’ve had to step things up a lot in this campaign and Joe’s creative vision is so strong, he’s always got such a distinct vision when we talk about marketing. That became really apparent on the last campaign, everything had the gold glitter and rainbows, and for this one everything is very bold and bright and in your face. With Idles, it’s about being as flexible and adaptable as possible, things change all the time, things will come through, then get cancelled, so it’s trying to be as flexible as possible.”

It’s not about where Idles chart or the sales number, the goal is bringing people into the family

JB: “Even in the absence of live, it’s been amazing to see how engaged the agent and promoters have been. That’s just one example of how much this band means to people inside and outside the industry, it’s something we’re very proud to be in the orbit of.”

Finally, is there anything stopping you hitting No.1?

JB: “Taylor Swift’s vinyl release, probably! [Laughs] It’s funny, on the last campaign, charting was never a goal. When that entered the picture, the thing that made it so special was the community getting involved and wanted to help the band grow and bring more people in. That’s always been the name of the game with Idles, it’s not about where they chart or the sales number, the goal is bringing people into the family. They’ve written a record that will do that. The fact that we’re seeing some mainstream, for want of a better word, channels come on board is really exciting. We want to take that to DSPs, too. They’ve been such a physical-heavy band traditionally and we’ve really focused on that with the marketing, but we’re really trying to prirotise opening up new channels.”