Idles manager Mark Bent on the campaign for Ultra Mono 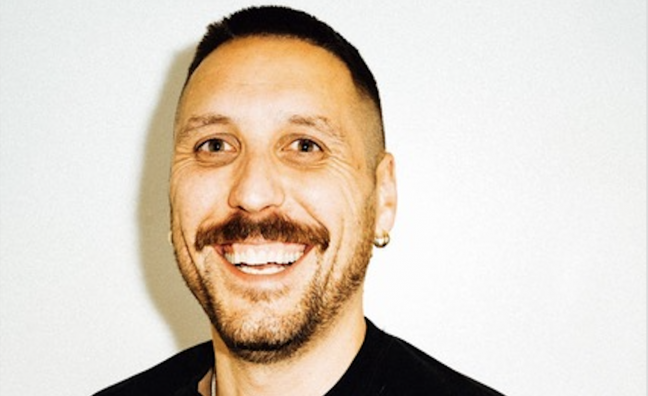 Idles manager Mark Bent has told Music Week that the band ripped up their original campaign when the pandemic hit, and decided to focus on the fans when launching Ultra Mono.

Idles’ third album is due via Partisan on September 25, and follows Joy As An Act Of Resistance, which hit the Top 5 and scored the Bristol band a place on last year’s Mercury Prize shortlist.

The group star on the cover of the new issue of Music Week, as singer Joe Talbot, Bent and his sister, Paradigm agent Natasha, plus team Partisan and Idles fan Steve Lamacq reveal all about their path through the music industry.

Already this week, we’ve heard from Talbot on what he makes of the music business. Now, it’s time for Mother Artist Management boss Mark Bent to explain how he ripped up years’ worth of planning in order to give Ultra Mono the best chance of success.

How did the pandemic affect your campaign plans?

“It’s been a great challenge. Idles have never ever had anything easy, we’ve had to fight for every single thing way. We’ve always been on the periphery. I always work very hard at having a plan; I work hard with Natasha on the shows, and with the label. We were just about to roll it all out and then Covid happened. So we had to completely tear up two years worth of work. It up was extremely painful right at the start and there was a month period of head-in-hands. Once I got through that it was like, ‘Right, one thing that has always driven Idles forward is live shows, that’s what’s connected us to the fans, no publications wanted to write about us, no streaming service wanted to add us across playlists, it was always driven by us on live campaigns’. We looked at it and thought, how can we bring people on this journey with us? And Joe said, ‘Let’s just be completely transparent about everything we do.’”

How did that manifest itself?

“There’s not much to look forward to at the moment, so we wanted to give people key moments in their diary where they know they’ve got something to look forward to. That’s the idea we had. We have a diary that you can add to your diary that shows everything that’s going to be coming out, one thing we wanted to do is connect the band with the fans. We’ve added all this other content for the band and the fans to be able to have that connection while they can’t tour. We had Balley TV, Dumb and Drumber and Genks on their YouTube channel. Every Friday night at 9pm people can tune into something Idles-based and it really shows a great side of the band. One of their biggest strengths and something that’s always made them connect with people is that they are just like everyone else. This has never been about Idles on a pedestal, this has always been about everyone. It’s not just a spiel that Joe or the band does, it is absolutely what we believe and we are so grateful for everything that comes our way. It’s always about the fans and the band.”

This has never been about Idles on a pedestal, this has always been about everyone

“Originally, we had just two singles set and we were going do this huge drop and a big tour announce, big album announce. In this climate, that just felt completely wrong. So we said, ‘Let’s drop five singles, build with people along the way, give people things to be excited about, and it’s felt really good to be able to do that with this huge gap we’ve got from shows. The video content is all stuff we talked about before and were going to do, it was just finding the right time to do it, and this was the right time. We constantly have ideas and are working on so many projects. The only reason that Idles are where they are is because of how hard they’ve worked and everyone on the team has worked to get us here. Everything is always from the viewpoint of the fan, if I was a fan, what would I really enjoy to be part of?”

How pleased are you with Ultra Mono?

“The big thing about this record compared to any other thing they’ve done is the confidence the band had in their craft. I’ve never seen them so confident about what they wanted, how they wanted every single aspect to sound and how to get that sound. That has been the big turning point, the confidence. It’s been hard to translate what they wanted, but going into this record, they knew exactly what that was. It is exactly how an Idles record should sound. Everyone who worked on it, the producers, the label, myself, were really pushed to the limit by Idles, they really got everyone out of their comfort zones to get the record the way it is. Sonically, the record is huge, the songs are huge. Lyrically, it’s the best record that Joe’s done, it’s a huge step up. This is the first one that is just out and out an Idles record.”

Look out for much more from Idles and their team in the run up to the release of Ultra Mono on musicweek.com. To read Joe Talbot’s thoughts on the music business, click here.

Subscribers can read this week’s cover story online here. To subscribe and never miss a music biz story, click here. Make sure you can access vital music biz information wherever you are by signing up for our digital edition here.