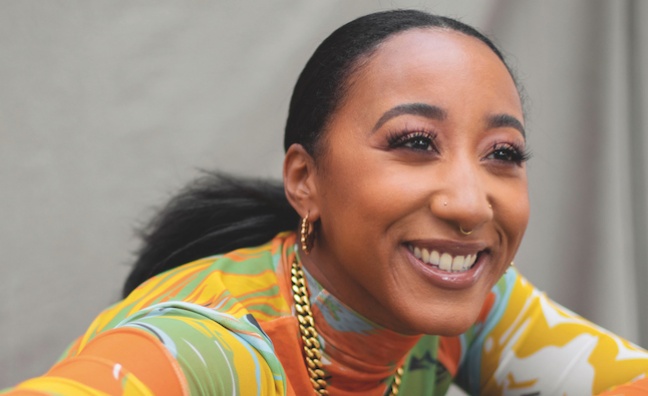 This week marks a big anniversary for BBC Radio 6 Music. The digital-station turns 20 years old on Friday (March 11) and presenters will be reminiscing on air with special guests, alongside a starry line-up of BBC Sounds playlists.

Although it’s not a hits-based station, 6 Music is a favourite of the music industry because of it’s championing of new music. It’s won at the Music Week Awards many times and is nominated again this year, alongside other BBC networks.

“A 6 Music playlist is hugely impactful both in terms of positioning for AWAL artists and for reaching an influential tastemaker audience,” said Sam Potts, VP Promotion at AWAL. “The coveted playlist spots are a badge of honour for lots of artists and signal credibility within the music industry. 6 Music has been instrumental in the careers of AWAL artists like Little Simz and Jungle, and has been one of the central launch platforms for breaking artists like Porij.”

Little Simz is among the headliners at next month’s BBC 6 Music Festival in Cardiff.

Steve Pitron, SVP, Island Records & promotions, noted the station’s support for bands including Yard Act, The Lathums and Sports Team, alongside veterans such as The Specials.

“As well as championing new music, they also remain committed to supporting returning artists who continue to be hugely relevant to their audience,” he said.

“It doesn’t just launch a campaign, it typically provides the storytelling, passion and lifeblood for one,” added Toby L, co-founder of Transgressive, which received strong airplay support for Arlo Parks. “6 Music is a personable, trustworthy voice of recommendation that provides a gateway to some of the most important voices in modern culture, and we’re all the better for it.”

The station is the No.1 digital network with 2.6 million listeners, according to RAJAR.

As part of our birthday celebrations for BBC 6 Music, we decided to shine a light on those music champions at the station who curate the artist selection. Here, we quiz the industry on the station’s top tastemakers, including presenters and execs…

Hannah Overton, MD, Europe, Secretly Group
“Lauren Brennan [editor, music team who chairs playlist meetings] has always done a fantastic job of shepherding the music team and 6 Music Festival over the years. Lately, Camilla Pia has brought in a wonderfully diverse and original array of talent to the overnight specialist shows. A first play from Lauren Laverne, Mary Anne Hobbs or Steve Lamacq is a sought-after slot, but the beauty of 6 Music is that an introduction and a play from any of the presenters helps to elevate the artist - their passion for music is infectious. Imagine getting your first radio play from Iggy Pop - what an endorsement!”

Imagine getting your first radio play from Iggy Pop - what an endorsement!

“We see most, if not all, of the regular shows getting behind different artists on our roster, so it's near-impossible for us to narrow this down to just a couple of people. A defining aspect of the station! It's hard to overstate the value of 6 Music support for so many of our artists and campaigns. The station's reach makes it one of the most valuable 'alternative' radio stations in the world, and when we see regular plays and playlist support we often see it as a key driver for other areas - physical sales, streaming numbers, ticket sales, audience growth.

“As an introduction to an artist, or a song, the station is hitting a substantial amount of people who are a highly engaged and active listener base, so even though we have bigger stations with larger listener figures in the UK, the impact of 6's support can sometimes overshadow that of larger stations,which is testament to the station's curation, structure and priorities. The ability for the station to get behind artists beyond spot plays and playlist support is also crucial when defining its impact, and it's what can frequently set this station apart from others. That spans show takeovers, the 6 Music festival, as well as a multitude of well-curated features - and for us, this allows us to often actively engage with them on an artist or album campaign beyond single-by-single servicing.”

Toby L, co-founder, Transgressive
“There are as many key, impassioned voices on the air as there are behind the scenes. It caters for so much and so many whilst still remaining somehow cohesive as a network. I always love hearing Cerys on a Sunday morning, Mary Anne Hobbs during the week, whilst Steve Lamacq remains crucial for championing new acts with authority and genuine love; I’ve listened to Steve since I was eight years old tuning into the Evening Session on Radio 1, so it’s been incredible to see him consistently continue to break new artists. Elsewhere, Lauren Laverne starts the day joyously; Craig Charles provides some of the best gateway listening on the weekend and now weekdays; Jamz Supernova (pictured) is always ahead of the game. That’s before you consider Tom Ravenscroft, Chris Hawkins, Radcliffe, Maconie, Riley, Gideon Coe, Amy Lame plus icons like Gilles, Iggy Pop, Don Letts, The Blessed Madonna, Cillian Murphy and Mr Garvey.

“Outside of the presenters, Lauren Brennan, Camilla Pia and so many others in editorial/production continue to inspire with their open-hearted approach to artistry of all leanings, as well as a progressive stance on popular culture programming. Every show and playlist is crafted with love and purpose - you cannot really ask for much more than that. Can you tell I’m a fan?!”

Jamz Supernova is always ahead of the game

“I think there is an argument to say all of them [are tastemakers]. As music fans themselves, the presenters and producers across the station are often willing to take risks and get behind an artist well before the traditional ‘numbers’ are there. Steve Lamacq has been a huge champion for a lot of our artists, and is a big part of some of their stories. As have Lauren Laverne and Mary Anne Hobbs, among many others at the station.”

Sam Potts, VP, promotion at AWAL
“I love the new presenter line-up, putting the likes of Mary Anne Hobbes, Jamz Supernova and Gilles Peterson into key daytime slots for example means hearing sub-genres of electronica, R&B and hip-hop that aren’t heard anywhere else. We’re so lucky in the UK to have a publicly-funded radio station that can play underground techno at 12 midday on a Friday.”

Steve Pitron, SVP, Island Records & promotion
“The station has such a rich and diverse selection of DJs across their weekly schedule now. You are really spoilt for choice for an entry point and that all important early champion.”