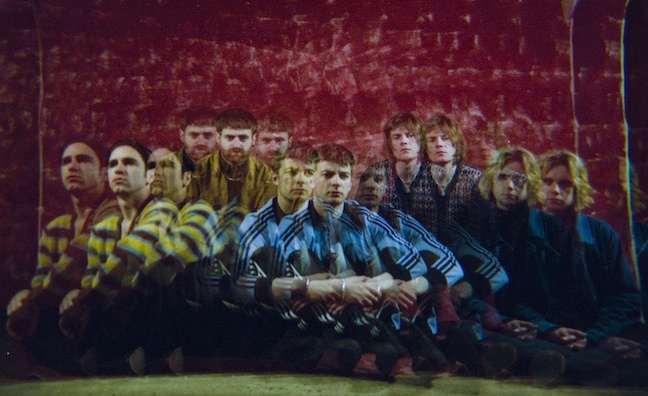 Fontaines DC have established a scholarship at BIMM Institute Dublin.

The Grammy-nominated band have given their name to the Fontaines DC BA (Hons) in Commercial Modern Music Scholarship. The Irish group are made up of BIMM graduates.

The BA (Hons) in Commercial Modern Music is Ireland’s first third-level degree course in contemporary music and is open to those who wish to study drums, guitar, bass, vocals and songwriting.

It is a practical and vocational, full time degree course validated by Technological University Dublin (TUD).

Fontaines DC will be actively involved in selecting the deserving recipient of the scholarship, who will have their BA (Hons) Commercial Modern Music course fees paid in full for the four-year duration of the degree course, worth €12,000.

Since finishing their time at BIMM Institute Dublin in 2017, Fontaines DC have released two critically acclaimed albums, both charting Top 5 in the Irish album charts. Their 2020 album A Hero’s Death made No.2 in the UK and was nominated for a Grammy.

Recently NME awarded the Partisan-signed act with the Best Band In The World title at their annual awards ceremony. Their third record, Skinty Fia, is due for release on April 22.

Fontaines DC’s Conor Deegan said: "We're honoured to have a scholarship in our name. Our time in BIMM gave us time to figure out who we wanted to be as a band.  We were given guidance on how to achieve our dreams. We're looking forward to being able to help someone else succeed at their time there with this scholarship."

Alan Cullivan, BIMM Institute Dublin College principal, said: “Everyone at BIMM Dublin is thrilled to be launching this scholarship with Fontaines DC, having watched their career grow with great excitement both before and since they completed their studies. At BIMM, we are driven by a commitment to helping Ireland’s next generation of music talent achieve their creative goals and realise their ambitions as artists. To be able to offer that in collaboration with our former students is a bonus.”

Applicants interested in applying for this scholarship must first apply to the BA (Hons) in Commercial Modern Music via the Central Applications Office (by May 1) at www.cao.ie, using the course code TU 961. The deadline for scholarship applications is July 1, 2022.

Alongside Fontaines DC, other successful BIMM graduates include The Murder Capital, Erica Cody, Jafaris, Craig Fitzgerald (The Academic) and Maria Kelly. Many other graduates have gone on to roles with concert promoters, record labels and music publishers.