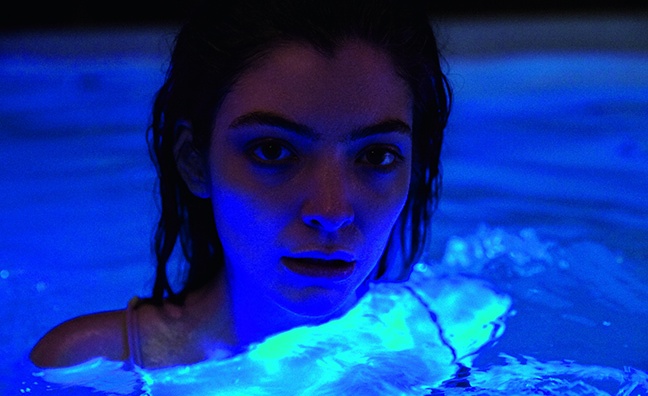 This week we’ve been quizzing music business leaders about their take on the past year, including their worst (part one and part two) and favourite moments (here and here). We’ve already heard from them about their best albums of 2017 (here and here). Now, following the choices of the Music Week team, it’s time for the execs’ favourite tracks of the year… Yes, it’s the industry’s 2017 playlist!

Jane Third, global chief creative officer, PIAS
Calvin Harris – Feels. Calvin Harris making a funk record: everything about this could be wrong, but it’s so right.

Martin Bandier, chairman/CEO, Sony/ATV Music Publishing
Wild Thoughts by DJ Khaled. The track embodies all aspects of a hit record: a great performance, it’s rhythmic, melodic and stays fresh after repeated listens, the same qualities that Shape Of You by Ed Sheeran has.

Sammy Andrews, founder/CEO, Deviate Digital
Billy Bragg - Why We Build The Wall. I first heard Billy perform this song live a year ago ahead of its 2017 release. It’s an Anais Mitchell cover – I cried in the audience, it was so poignant. You can always count on Billy to be on point when the world turns to shit, and this song has such an overwhelming relevance right now.

Mike Smith, MD, Warner/Chappell UK
Music Is The Answer (Hot Since 82 Remix) – Joe Goddard. An incredible, uplifting piece of music, it takes me right back to long runs round Ibiza back in the spring. It’s all there in the song title.

DJ Semtex, director of artist development, Sony Music UK
I look like a God on stage whenever I play KMT by Drake and Giggs. It was the sound of Reading Festival 2017 and every other club across the world. An exemplary moment of what should happen when two international artists connect.

Guy Moot, UK MD and president, worldwide creative, Sony/ATV
Daniel Caesar - Get You featuring Kali Uchis. He is somebody unique and under the radar who is not signed to a major record company, but I love the artist and the track.

Michael Dugher, chief executive, UK Music
Chuck Berry’s Big Boys off his posthumous album, Chuck. Chuck Berry was, rightly called the ‘prime minister of rock and roll’. The song gives you what Paul McCartney once called the ‘electric tingle’ - a thing that only rock and roll can do. It sounds like a Rolling Stones record, but then you remember that it was Chuck Berry who taught the Stones how to do it in the first place. It’s a great way for the legend to sign off.

Nitin Sawhney, composer
Sampha – (No One Knows Me) Like The Piano. This track reminded me of my childhood days practising on the old piano at my Mum and Dad’s house. Fantastic to have lyrics that express that connection so vividly.

Paul Pacifico, CEO, AIM
Superorganism – Something For Your M.I.N.D. Stupendous.

Miles Leonard, chairman, Parlophone Records
Yungen – Bestie feat Yxng Bane. Very best of British music. Changing the landscape and innovating in pop music. Sound of the underground/sound of the mainstream. Yungen and Bane on top together.

Natalie Judge, general manager, Matador
Revenge Of The Iceman, Ariel Pink. He never disappoints and he needs to start a hardcore band.

Derek Allen, SVP commercial, Warner Music UK
Noel Gallagher And The High Flying Birds – Holy Mountain. A great evolutionary track from an artist at the top of his game.

James Stirling, head of content commissioning, BBC Music
Dua Lipa – Be the One. A truly brilliant radio record and a highlight from her set in a packed John Peel Tent at Glastonbury

Jeff Smith, head of music, BBC Radio 2/6 Music
I’ve always loved the music of the Doobies, Michael McDonald and Kenny Loggins. I really don’t like their work being reduced down to a catch all category of “Yacht Rock”, so I thought it was great that someone as cool as Thundercat used them on Show You The Way, which is the track from 2017 that I still keep playing.

Mike Walsh, head of music/deputy programming director, Radio X
Wall of Glass and Holy Mountain were both indisputable game changers and I am still not sick of either (thankfully the same goes for the Radio X audience). But the tracks I have listened to the most are probably The xx – On Hold and Arcade Fire – Everything Now. Also worth mentioning Portugal. The Man – Feel It Still, which is a hit waiting to happen.

Imogen Heap, artist in residence, Featured Artist Coalition
Shakka - Heart The Weekend. It just lit me up when I heard it on the radio. I had a gigantic urge to head to the studio but was going the wrong way on the motorway at the time!

Jeremy Lascelles, CEO, Blue Raincoat Music and Chrysalis Records
Strangest thing by The War On Drugs. An album track, but what a beautiful song by one of the finest bands on the planet today, topped off with the greatest guitar riff you will hear on record this year.

Marc Robinson, president, Globe – creative & commercial, Universal Music UK
Sampha – (No One Knows Me) Like The Piano. A moment of calm in a year of chaos. And can I add Amber Mark – 3:33am as EP of the Year!

Korda Marshall, EVP, new recordings, BMG UK
No Words by Dave (feat. MoStack) for the tune and the jumper he wears in the video.

Tom March, co-president, Polydor
Fever Ray – To The Moon And Back.

Annabella Coldrick, chief executive, MMF
Progress by Public Service Broadcasting. Really moving, made me cry thinking about all those who struggled to change society and particularly my own family who worked in the mines and ended up leading trade unions to improve our social conditions. Parallels with the MMF!

Richard Davies, founder, Twickets
The Moonlandingz – The Strangle of Anna, showing that 'supergroups' can work.

Jane Abernethy, director of A&R, 4AD
Superorganism – Something For Your M.I.N.D. Because it’s such a quirky ear worm.

Helen Smith, executive chair, Impala
The orchestral variation of Scattered Ashes (Song For Richard) by Minor Victories. The whole album is great but I chose this track because of the contrast with the original.

Dan Chalmers, president, Rhino, East West & ADA UK
Sampha – (No One Knows Me) Like The Piano. An incredibly talented artist showcasing just some of his armoury with this beautiful ballad.

Peter Breeden, CFO & COO, Warner Music UK
The return of the much missed Matt Johnson’s The The with the track We Can’t Stop What’s Coming, a very personal commentary on loss and understanding.

Duncan Scott, general manager, Black Butter Records
Drake – Passionfruit. He makes it seem so effortless. I struggle to think of a mood or time of day when this song doesn’t work for me.