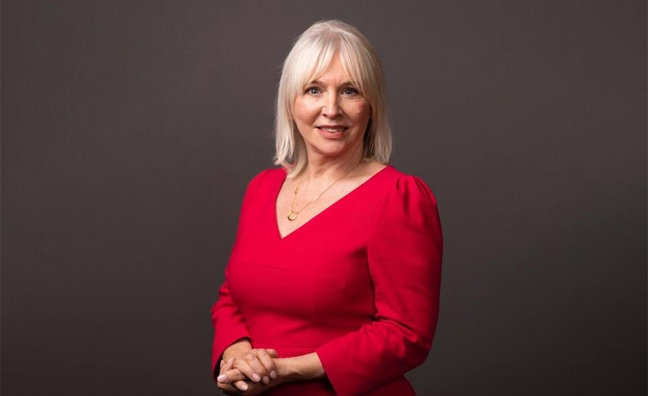 On the day that one of the most vocal campaigners for streaming reform was named chair of the Ivors Academy to represent songwriters, now the government has signalled that it may be ready to take action.

The comments came in a speech today by Culture Secretary Nadine Dorries at the Creative Coalition Festival, during which she praised the global success of Adele, Dua Lipa and Coldplay.

While there was an expectation that she would address speculation about the future of the BBC licence fee, Dorries had more to say about music, including streaming royalties and the treatment of artists.

The Culture Secretary said she has been working with Rebecca Ferguson, who last year called for a parliamentary inquiry into the way the music industry operates in the hope of “protecting artists”. Ferguson has made allegations about the treatment she received during her recording career.

Dorries said the government will “put the creative industries at the heart of our recovery plan”.

“It’s why we’re looking to strengthen those industries for the future - inside and out - so that they’re open to all so that they protect the people who work in them,” said Dorries. “And so, ultimately, they can continue to grow and grow in the decades to come.

“For example, I’ve been working closely with Rebecca Ferguson... who has bravely spoken out about her own experiences of bullying and harassment in the music industry.

“We’re also looking very carefully at the issue of music streaming, competition and fair payment, to make sure the modern music industry works for everyone.”

The Competition & Markets Authority has launched its investigation into the functioning of the UK music industry.

Following the DCMS Committee’s report into the streaming economy, the government pledged to work with the industry to look at the issues raised by MPs.

Dorries used the speech to announce £50 million to support creative businesses across the UK, although this is not targeted at the music sector.

The funding package includes £21m to deliver a multi-year UK Global Screen Fund, £8.4m for the UK Games Fund and £18.4m for an expansion of the Creative Scale-Up programme to support the fastest growing creative businesses across the country.