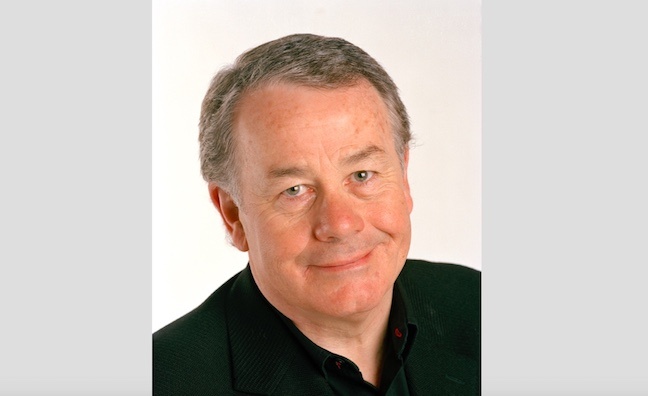 First Night Records co-founder John Craig has told Music Week that strong sales of cast recordings are under-represented in the UK charts because of OCC rules.

The long-established UK label, which specialises in West End and Broadway cast recordings, was this week acquired by Warner Music Group. Craig will join WMG’s Arts Music team under a multi-year consulting agreement to identify and record musical theatre productions in the UK.

First Night has previously partnered with Warner Music, including for the release of the Heathers cast recording, which peaked at No.24 in the main albums chart in March.

Craig told Music Week that the Heathers album benefited from promotional support by both Warner and its leading actress.

“Heathers’ [album sales] were driven by Carrie Hope Fletcher on social media,” he said. “It surprised everybody the success of that show.”

Craig suggested that the popularity of cast recordings is part of the general trend for increasing consumption of soundtracks to musicals.

“Of the 10 bestselling albums last year, three were soundtracks – The Greatest Showman, Mamma Mia! Here We Go Again and A Star Is Born,” said Craig. “There’s still a lot of physical sales in that, it’s the same with Ball & Boe.”

While movie soundtracks have prospered in the artist album chart, Craig has been lobbying the Official Charts Company on its decision not to include sales from theatres for physical music. It’s a situation that new owners Warner Music may want to address in order to maximise sales, promotion and media buzz around a cast recording.

“We sold 350,000 copies of The Buddy Holly Story and it never went in the charts – it was virtually all theatre sales,” Craig told Music Week. “People came out of the show and bought the [album].”

“I’ve been campaigning to get those figures in [Official Charts Company sales]. It’s a great shame we don’t get the theatre sales, because when you first release a record people actually go into the theatre to buy them – they will pop in and buy it, even having not seen the show.”

The Buddy Holly rock and roll musical is still a popular theatre draw, though the current hot ticket is Tina – The Tina Turner Musical at the Aldwych Theatre.

“There hasn’t been an empty seat for a year,” said Craig. “That will run at least two or three years more. I’m sure Tina Turner’s Platinum Collection sells very well off the back of the show.”

The officially approved musical opens on Broadway in October. The London cast recording was released earlier this year.

“With Tina [the musical], everybody who goes to the show is a potential purchaser of the record, they are going to go home and download it, listen to it on Spotify or buy the physical copy in the theatre,” said Craig.

Following the launch of First Night in 1984, one of the theatrical label’s earliest successes was the original cast recording of Les Misérables. Craig saw the potential in the Cameron Mackintosh/RSC production at the Barbican in 1985. It went on to a West End transfer and is now the longest-running musical in the world.

“We recorded Les Misérables a long while ago and we’ve sold about five million copies [globally],” said Craig. “We still sell 100,000 a year.”

Following the global success of the Original London Cast Recording of Les Misérables, First Night has recorded every show that Sir Cameron Mackintosh has produced in London including Follies, Martin Guerre, Mary Poppins, Miss Saigon, My Fair Lady, Oliver and The Witches of Eastwick.