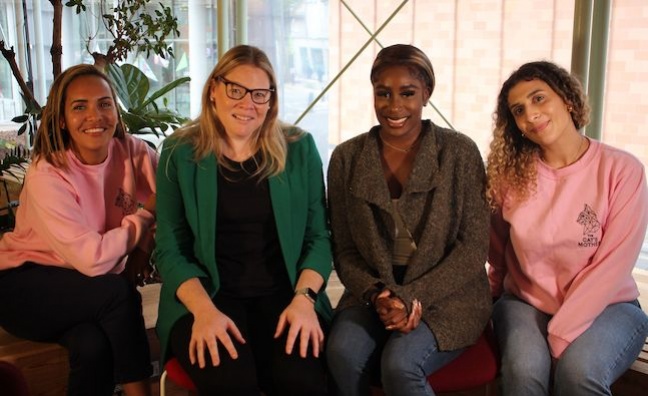 PPL and PRS For Music executives have spoken about how they can help to influence the industry on accelerating progress on diversity in recruitment.

Both music licensing organisations have recently made key appointments as part of their ongoing efforts to address equity, diversity and inclusion.

In line with UK Music’s plan for trade bodies to have an executive in a position of responsibility, PPL appointed Tomi Oyewumi as equity, diversity and inclusion (EDI) partner in June.

“My aim and my passion here for EDI is to leave a lasting legacy,” said Oyewumi. “It is also to start to change the culture as well and move the dial in the right direction in terms of being truly equitable for every colleague.

“That’s not just for race and gender, but looking at other areas such as social mobility. It’s about how that has an impact on what we do at PPL, but also how we can then use that to influence the wider music industry as well.”

“It’s building on the work we’ve already done to make sure it’s not just a token effort, and that it’s sustainable,” said Kate Reilly, PPL chief people officer. “I don’t have the lived experience of someone like Tomi to be able to bring additional thought processes to the table, or to look at things in a different way.

“Given the level of importance and priority in terms of the [diversity] agenda, we just recognised that we needed someone working on it full time. It made sense for us to hire someone to bring it all together, and bring their lived experience and insight and knowledge.”

Suzanne Hughes, chief people and transformation officer, said the newly-created position was significant both for its focus on diversity and in the structural reforms that will help embed a more inclusive culture. The role has accountability for recruitment, learning, talent development and engagement.

“In this reorganisation, Colin is responsible for all of those areas, so that diversity and inclusion is first and foremost in terms of how we create policies and new programmes,” she said.

“To be able to have diversity running through all of that is incredible,” added Campbell-Austin. “There’s a huge amount of work that has happened over the last two years, and it’s quite incredible what’s been done. So we’re building on that as foundations that are already in place.”

My aim and my passion here for equity, diversity and inclusion is to leave a lasting legacy

Last month, PPL announced a restructured HR team to support increased focus on staff wellbeing. The expansion of the team, which is headed by Kate Reilly, will address new workplace challenges that have arisen since the start of the pandemic and work to deliver PPL’s EDI agenda.

“It’s definitely been a growing area of focus for us over the last 12 to 18 months,” said Kate Reilly of PPL’s initiatives and support on wellbeing.

PPL provided £300,000 of support for Music Minds Matter, which reported that demand for counselling among musicians had doubled so far this year compared to 2020.

“Mental health is something that has become much less taboo,” said Peter Leathem, CEO of PPL. “We’re just trying to respond by providing funding to Music Minds Matter for the broader industry, but also looking after our own colleagues.”

PPL has also developed an outreach strategy, including a recently launched regional programme with mentoring organisation The Cat’s Mother.

The organisation allows professional women to offer their time and expertise to aspiring young women in the form of 30-minute informal coffee meetings.

Leathem stressed that PPL is committed to expanding its outreach strategy, which includes partnerships with Small Green Shots, Girls I Rate, Cre8ing Vision and MOBO.

“You’re meeting some very well connected people around those organisations, you’re always learning,” said Leathem. “It does give you access to a broader network and we’ve tried to use that in thinking about people we work with when we’re trying to recruit.”

“We gave a commitment to the Black Music Coalition [which made a series of  key recommendations on diversity] very early on, and we are looking at supporting a number of Black-led or owned organisations to try and have a broader perspective. Kanya King [CEO & founder] and MOBO have put together MOBOLISE as a platform to help recruitment in the Black community, which we’ve been involved with.”

Leathem said that the licensing organisation would also help to “support the broader industry” on diversity and inclusion.

Both PRS For Music and PPL suggested that their work could provide a lead for the rest of the music business.

“There will be sharing of knowledge and data,” explained PRS For Music’s Colin Campbell-Austin. “If we do things together, it will have a much bigger impact than just doing it by ourselves. So collaboration is definitely something that we  want to do.”

“We are leading the way,” said PPL’s Tomi Oyewumi. “We get feedback from colleagues and within the industry, and if you look at the news it tells you there’s so much we have to do.

“But it is encouraging that we are one of the trailblazers setting the pace for equity, diversity  and inclusion.”