'Perfect Evolution': Partisan is dreaming big for Cigarettes After Sex 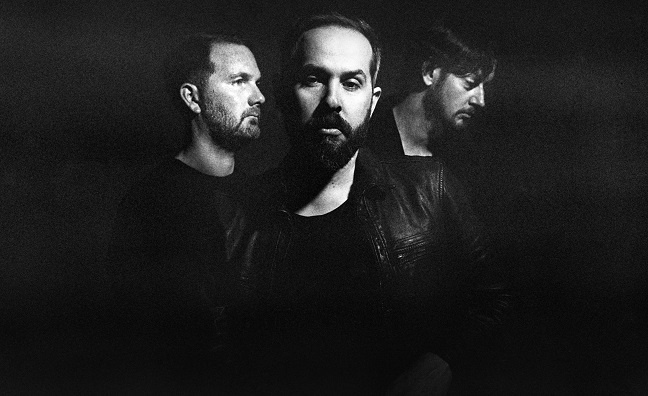 Partisan release Cry, the follow up to 2017’s self-titled debut, today (October 25) and the indie is expecting big things from the campaign, following viral and sync success last time out.

Bell said Partisan is targeting a million streaming equivalent units for the album, adding that the label is planning for a long campaign.

“It’s not going to be a massive first week with this band, it never has been,” he said. “They’re not particularly showy when it comes to driving things on socials, we’ve shied away from traditional calls to action, it’s more about making it visible and letting fans discover for themselves.”

The live side has always driven things in the UK

He said the label has “embrace subtlety” in crafting the campaign alongside lead singer Greg Gonzalez. “One of the things that makes it a good pairing is that Greg has such a specific vision, he’s so clear on how he wants the music to be received and rolled out,” said Bell.

“Pushing the right places but not too hard, letting fans come to it, that’s always been the CAS way,” he added. “Being able to understand Greg’s vision has been important for that.”

Bell was speaking in an interview that features in the new edition of Music Week, out now, in which he revealed the international focus of the campaign.

Back in the UK – where Partisan has enjoyed recent success with Idles and Fontaines DC – the label is targeting the Top 20 for Cigarettes After Sex.

“The live side has always driven things in the UK,” said Bell. “Over the first two years there was a sold-out show every six months, starting with The Lexington, then Scala, Koko, The Roundhouse, then O2 Academy Brixton. We’re working very closely with Metropolis on the next few shows, O2 Shepherd’s Bush Empire next month and Hammersmith Apollo for next March. We’re tying things to the live side while pushing streaming as much as we can.”

Cigarettes After Sex recorded the album two years ago in Mallorca, before their debut was released.

“There was a feeling of excitement that’s very hard to capture at the end of a two year touring cycle when normally a band might be a bit burnt out or under pressure to deliver, this was free from all that,” said Bell.

“They’re pop songs at the end of the day, they’re a lot more melodic, Greg’s vocals are more front and centre, more ambitious. It’s still a CAS record, don’t get me wrong, but it’s more ambitious in the scope of the melodies.”

Bell said that Gonzalez revisited the recordings earlier this year to tweak melodies and lyrics.

“He’s a changed person, playing to 1,000 people every night would change a person. As they were mixing during the day, at night, he would go back and re-record vocals and rewrite lyrics,” Bell explained. “It’s the perfect evolution for this band, the perfect sonic progression.”