Sons Of Kemet's Shabaka Hutchings on his new label 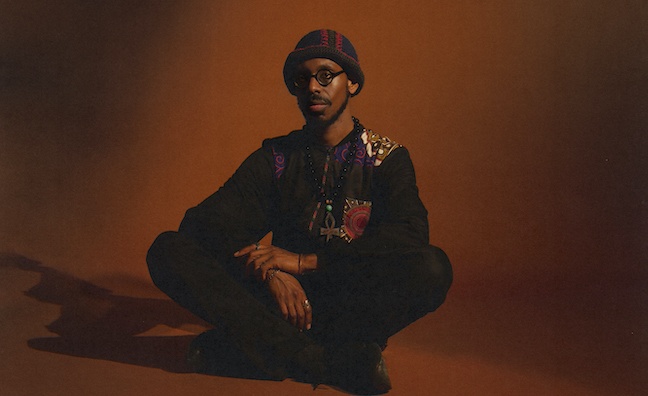 Shabaka Hutchings has revealed details of his new label to Music Week.

Native Rebel is a new platform and outlet for artists to make albums in collaboration with the musician and composer behind Sons of Kemet, The Comet Is Coming and Shabaka And The Ancestors.

Hutchings, one of the leading lights of UK jazz, explained the inspiration behind the label.

“More than being a label boss, it was the idea of what it means to be a producer,” he said. “I realised that that's kind of been my role in the shadows in a lot of the projects, in terms of trusting your intuition about musical choices.

“For instance, in Kemet everyone brings their own personalities and musical experience to the group, so I don’t have to interject in that way. But I will give pointers in terms of what direction people can go in. So I just thought, actually, if I've got so much experience in that area, what happens when I form a label? With those kinds of musical choices, I can actually get to be an integral part of the whole process.”

The idea for the label was formed with music industry publisher Matt Smith of Metropolis Songs, who previously published Shabaka’s music. He is based at London’s RAK Studios where Native Rebel record their material.

The label offers a collaborative and flexible infrastructure for emerging creative artists. Musicians will gather together to record the album in three days at RAK, without pre-rehearsal (rehearsals are considered part of the recording).

Hutchings said that Smith brings “expertise in terms of that experience of the industry side”.

Every time I’ve seen Chelsea Carmichael play live, she blew me away

The first artist on the label is saxophonist, composer and arranger Chelsea Carmichael. She played on Seed Ensemble’s Mercury-nominated 2019 album Driftglass. Carmichael currently plays with Theon Cross, the Neue Grafik Ensemble and the Outlook Orchestra, as well as writing and arranging for her own Chelsea Carmichael Ensemble.

“Every time I’ve seen her live, she blew me away,” said Hutchings. “I would just like people to be able to see how great a player she is - the playing on the album is so mature and full.”

Native Rebel is working with Dilip Harris (the producer who worked on Ancestors and Kemet records) and Guy Davie (mastering on the last two Sons Of Kemet records).

Releases from Native Rebel will be on streaming platforms, though Hutchings said that physical music and vinyl will be a focus for the label.

“It’s definitely important, because it’s something you can hold and touch,” he told Music Week. “Digital is here but I think there is something special about actually having that artwork in your hand or on your mantelpiece.”